Russia: Too little, too late? 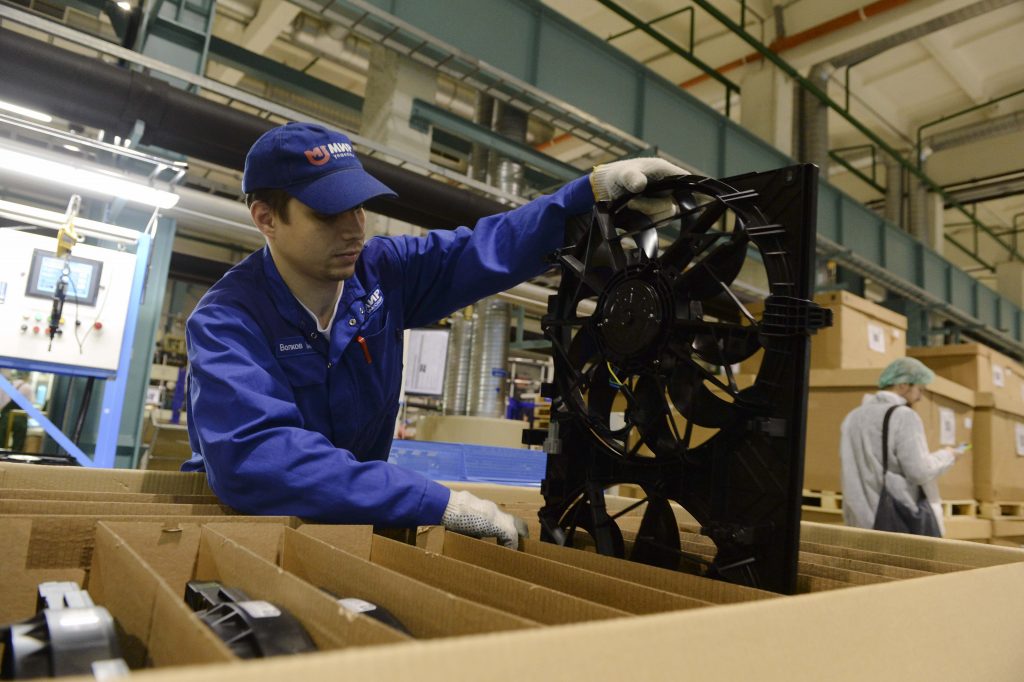 Until recently, the Russian government was standing firm on the localisation requirements it had agreed with carmakers, even as the market virtually collapsed and tier suppliers retreated from the country. But finally there are signs of a change as officials disclosed plans this spring to reform the country’s policy with a package of new initiatives designed to boost exports and reduce localisation requirements.

In April, the Russian Ministry of Economic Development published an official draft of a new industrial assembly agreement that reduced the required localisation rate to 45% by the end of 2016 and 50% by the end of 2017 – down from 50% and 55% respectively for those carmakers who signed up to the government’s so-called ‘Decree 166’ in 2010 and 2011.

The new version of the agreement also provides for changes in the way the value of vehicles and components are calculated, and includes cars in storage as well as those already sold.

As of June, Automotive Logistics understood negotiations with individual carmakers were still ongoing and could take months more to complete. Despite this, industry observers have welcomed the new initiative.

“This is definitely moving the right way and shows a desire on the part of the regulator to support companies in the automotive sector with a new approach to the conditions under which industrial assembly takes place,” says Wilhelmina Shavshina, head of foreign trade regulation practice at the Russian offices of global law firm DLA Piper. “For a number of companies, these new measures will let them implement greater localisation requirements more slowly while continuing for an extra year to enjoy the current beneficial rate of customs duty [for imported components],” she adds.

“We see this change to the localisation schedule as a positive thing,” agrees Alexei Batalov, head of operations at logistics provider Agility Eastern Europe. “Carmakers have taken on a huge amount of risk in constructing new plants in Russia so now, at a time when market conditions are not providing the kind of return they need, we should be encouraging those automotive companies to continue investing – not scaring them off with punitive localisation laws.”

Market observers generally agree that localisation requirements are outdated, having been established when the government was forecasting car sales would reach 4m units a year by 2017-2018. A more recent forecast by the Association of European Business suggested sales might reach 1.53m units this year, while research firm Autostat reckons the total will not exceed 1.4m. Consultancy BCG recently suggested sales would struggle to exceed 2.2m before 2020.

“At the moment, the situation with market volumes and the production of new vehicles is such that very few firms are willing to invest in new production facilities for automotive components [in Russia],” says Sergei Udalov, chief executive of Autostat. “And even if there were more [local sources], it would be difficult for carmakers to increase production volumes in line with the previous agreement because there just isn’t sufficient demand.”

There are two versions of Russia’s industrial assembly agreement in place with carmakers in the country. The first, dating back to 2005 and applying to manufacturers including PSA Group, called for a localisation rate of 30% to be achieved by 2010. It did not specify what components should be localised. The second, struck in 2010 with carmakers such as Volkswagen, Avtovaz, Hyundai, Ford Sollers and Renault Nissan and adopted the following year, set production capacity minimums of 300,000-350,000 and required localisation rates of 50%, 55% and 60% respectively for 2016, 2017 and 2018. It also called for localised production of certain items including engines and transmissions by 2020. 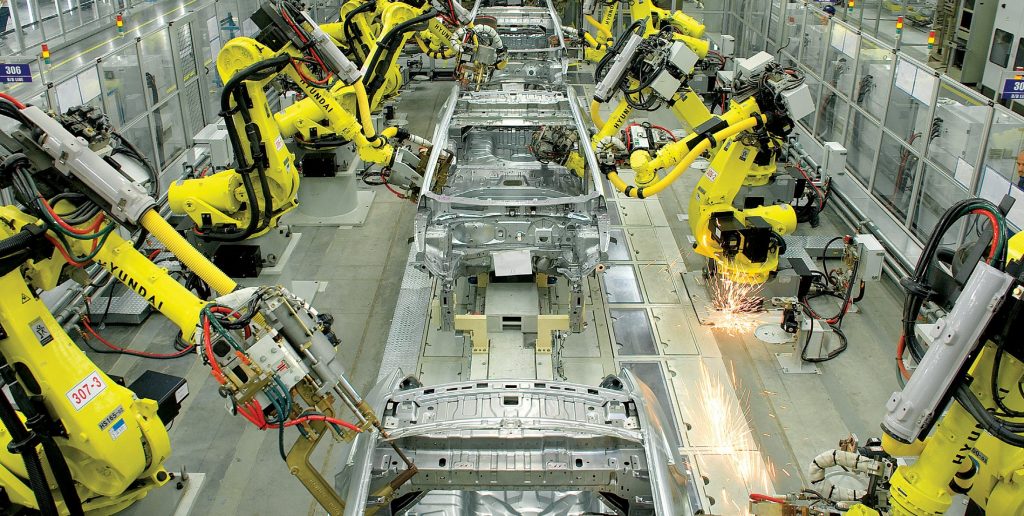 [sta_anchor id="2"]A chance to take stockThe new government initiative should give carmakers a chance to draw breath after years of heavy focus on increasing localisation. One example is Hyundai, whose St Petersburg plant achieved a localisation level of 46% by April this year. In 2016, the Korean carmaker has increased the share of Russian steel it uses, while localising glass and more plastic components. “We are constantly looking for new suppliers and partners in Russia,” says Russian office spokesman Victor Vasiliev.

Hyundai points out, however, that just increasing localisation rates, even with today’s devalued rouble, is no panacea for carmakers facing a tough economy that has left production capacity far in excess of demand.

“Even if we achieve 100% localisation, we can see local prices [for components] rising as well. We can turn automotive components into cars, but we can’t turn water into wine,” says Hyundai Motor Manufacturing Rus director, Choi Dong El. “I do not know how we will survive but we need to tighten our belts and use any and all means to do so. Whatever happens, we do not want to be among the losers.”

Dmitry Mikhailov, chief executive of Nissan Manufacturing Rus, agrees, making a distinction between localisation under industrial assembly agreements and localisation to reduce production costs. “We have achieved a 40% localisation rate, but that’s all about tier one components and we continue to import sub-components from abroad,” he says. “The devaluation of the rouble has not made Russian cars more price-competitive. It is cheaper today for Nissan to produce cars in Japan than in St. Petersburg.”

For example, Volkswagen Group opened a new engine plant in Russia last year, bringing its overall localisation rate to 50%. Although the head of its Russian division, Marcus Osegowitsch, has said the company already fulfilled its localisation obligations as a result, sources at the company say it may continue to localise still further.

Ford Sollers, which opened an engine plant in Russia last year, says it is unaffected by the change. Chief executive Adil Shirinov says the OEM’s current localisation across its three plants in St Petersburg and Tatarstan is over 40% and will be boosted by 10% in the next two years, with plans to go further regardless of official requirements. “By 2018, 70% is the minimum we should target,” he says, adding that by 2018-2019 he would like to see that figure increased to over 80%. 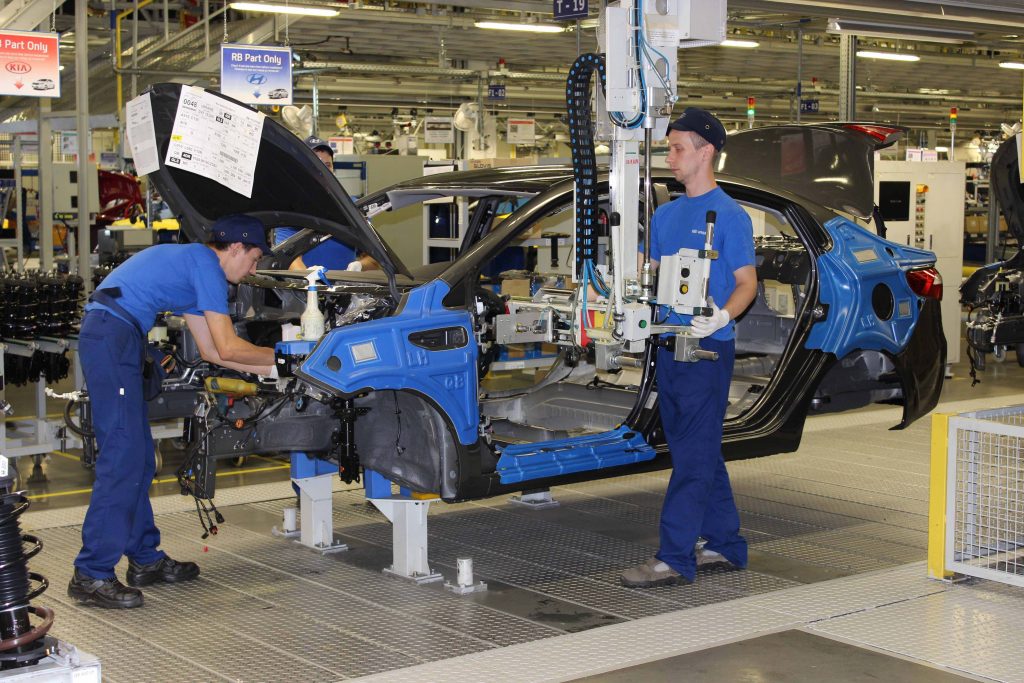 For OEMs with more local operations in Russia, such as the Renault-Nissan-Avtovaz alliance, the rules are less important. According to Denis LeVot, operations director of Renault Eurasia, the company is already at 68%, far beyond any official requirement. He adds that the alliance will continue to increase its localisation level, but that some technology, electronics and materials will be hard to source locally.

At commercial vehicle manufacturer UAZ, deputy chief executive Alexei Matasov says it has already reached an 80% localisation rate and continues to work on increasing that level. Matasov suggests that for Russian carmakers, the issue of localisation is more about profitability than any assembly agreement, because the recent devaluation of the rouble makes it much cheaper to use local components than imported ones, even if those imported ones are available at preferential duty rates.

Smaller, mostly knockdown-kit assemblers may also be less impacted by the changes. Marina Stepina, a spokeswoman for the PSA Group, which has an assembly plant in Kaluga, south of Moscow, says the company is only obliged to meet a 30% localisation rate but that its own internal development strategy calls for it to target 50% by 2017.

Mazda-Sollers, like PSA, only has a localisation agreement for a rate of 30%. Last year, it failed to meet this target and so lost the right to import components under the preferential duty arrangement, but representatives of the company promise it will continue to raise its localisation rate and say the looming change in official policy will have no effect on this.

[sta_anchor id="3"]Kits boost to exports?Changes to localisation requirements would have been much more helpful two years ago, before the collapse in the rouble, according to a source at one local carmaker, who prefers not to be identified. However, this source states that separate proposals by the Ministry of Economic Development to treat knockdown kits in the same way as finished vehicles could be genuinely useful if implemented, although these were not actually included in the official draft agreement.

Russian assembly lines currently have no right to export automotive kits (even though carmakers use them to assemble vehicles and parts at many Russian plants). Under the current industrial assembly arrangements OEMs can be fined for doing so and ultimately stripped of their right to lower duty rates on imports. But treating them like finished vehicles would make it viable for carmakers to export knockdown kits from Russia to other countries in which they have further assembly lines, like Egypt and Vietnam, with whom the Russian government recently agreed to establish automotive manufacturing ‘clusters’ that attract no import duties. 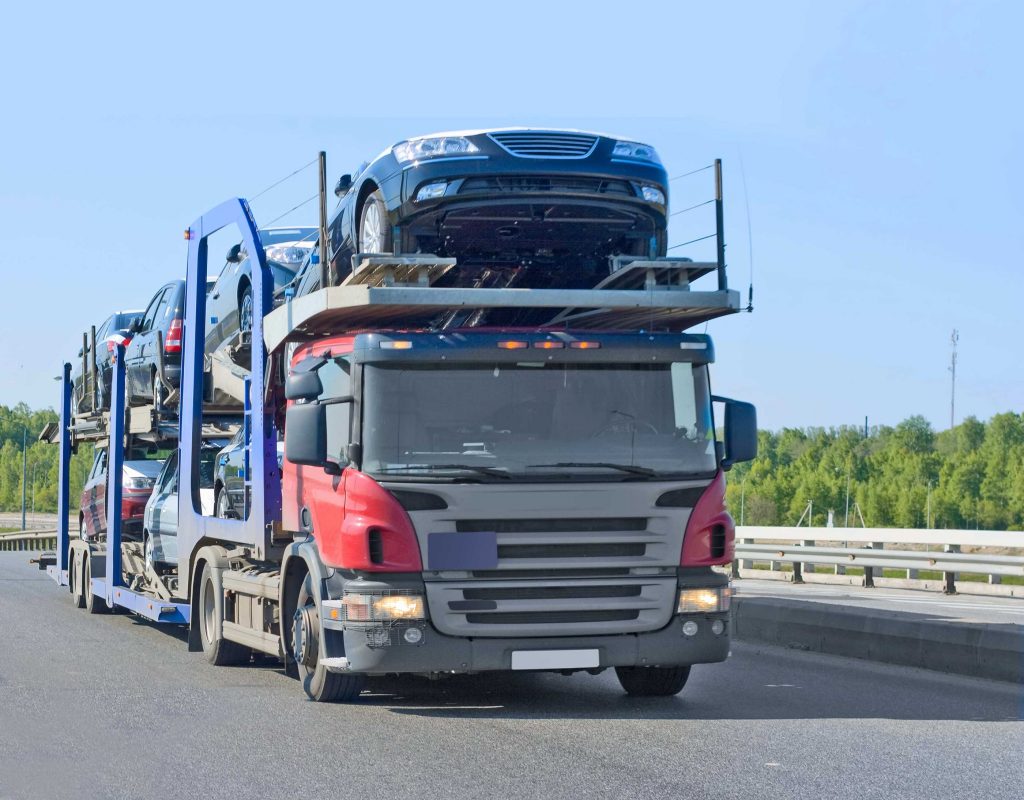 Allowing exports of kits may be of interest to Kazakhstan, too, which has in the past accounted for the majority of car exports from Russia

Wilhelmina Shavshina supports this initiative as she believes it would result in a real rise in demand for the Russian automotive sector. At the same time, however, she underlines that while the Ministry of Economic Development has floated the idea, it has not yet been included in its draft amendments to the industrial assembly agreement.

Others have generally welcomed the idea, too. “I think this is a very good idea,” says Agility’s Alexei Batalov. “It is certainly possible to carry out assembly of automotive kits in the country for export and it would be much more effective [in boosting demand] than exports of finished vehicles.”

Allowing exports of kits may be of interest to Kazakhstan, too, which has in the past accounted for the majority of car exports from Russia. However, finished vehicle exports there ceased altogether at the beginning of 2016 after the country introduced a registration fee and utilisation fee on vehicle imports. Officials at Avtovaz said the changes there had increased the charges it faced by around $2,000 a vehicle on its Lada Granta, for example.

Avtovaz spokesman Sergei Ilinsky says it would be interested in exporting kits to Kazakhstan. The firm won’t go into detail on just how this would be achieved, though, and is still evaluating the likely logistics costs.

Others, however, remain sceptical about the chances of raising exports from Russia, whether in terms of kits or finished vehicles. Nissan’s Mikhailov, for instance, points out that many of the markets Russian car exporters might target are already well supplied by automotive plants in other countries. With existing, often long-term contracts and well-established channels of supply from elsewhere, there is little real incentive for carmakers in such areas to want to switch to alternative supplies from Russian plants, he fears.

It would appear that no single government policy can solve the problems facing carmakers in Russia.