Russia will not ban vehicle imports from EU and US 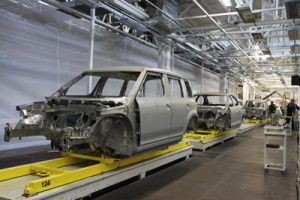 OEMs and logistics providers may be able to breathe a small sigh of relief as Russia's Ministry of Industry and Trade has said it is not considering the possibility of a ban on the supply of passenger cars to Russia from the US and EU, according to Autostat, a Russian automotive analysis firm.

Autostat reported that, when asked about the possibility of banning vehicle imports to the country, the Deputy Minister, Andrei Dutov said, "It is not considered. Why ban something? We need support measures inside the country."

The possibility of a Russian ban on vehicle imports has been lingering since the US and EU imposed sanctions on Russia following the Ukraine crisis.

In August, Russia's State Duma had not ruled out the possibility of banning the import of cars from the EU and US, worth up to 800,000 roubles ($19,500). At the time, Dmitry Medvedev, the prime minister, said, "We are ready to introduce a potentially protective measure in the aircraft industry, shipbuilding, automotive and some other industries. The government understands the important of cooperation in this sphere. And, of course, we should adequately assess our own opportunities."

Not clear sailing yet

Although the latest news from Russia is positive for OEMs, Russia's automotive market is still falling, with production and material shipments in sharp decline as well. It was recently revealed that Russian vehicle sales have fallen for the ninth month in a row. Sales of passenger cars and light commercial vehicles in September fell 20% when compared with 2013's figures, following a drop of 26% in August, and 23% in July.

Russia's government has resumed a programme to support its domestic car industry, which accounts for around 75% of the market.

Production is slowing in response to the market: Gaz has recently announced it is reducing its contract assembly for GM and Daimler, moving to a four-day week until April 12th 2015, which will impact the supply chain of CKD deliveries. Autostat reports that a spokesperson for Daimler said the reason for reducing assembly is because of a shrinking market, but that it hopes it will be a short-term measure.

GM has also halted production at its St Petersburg plant for two weeks, lasting until October 27th; this is not the first time this year. In spring production was suspended for two weeks, and in June, 11 days of holiday were declared. The plant then switched from three shifts to two, before summer holiday lasted for a month, and since the start of October, GM has switched to a single-shift schedule .The OEM has said the measure is due to falling sales, and the devaluation of the ruble.