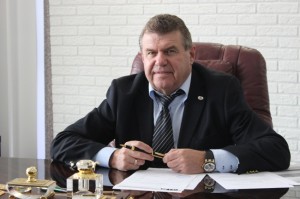 Several carmakers in Russia will deliver vehicles to the troubled Crimea region of Ukraine in the first half of 2015, including domestic producers GAZ and VAZ, as well as foreign brands with production facilities in Russia, such as Hyundai and Kia. The move was announced recently by the deputy of the State Council of Crimea, Mikhail Smolyanov, also president of the Avtodel dealer group (pictured). So far the carmakers concerned have not confirmed the move.

Smolyanov said that the sale of vehicles from GAZ and VAZ will be launched this month while, at the same time, the Ministry of Industry and Trade is involved in talks with Asian manufacturers with facilities in Russia toward opening dealerships in Crimea.

For those carmakers the logistics expenditure of such a move could be attractive as volumes delivered to the peninsula are to be produced inside Russia, with the country’s authorities even considering on contributions to the logistics spend. As was announced last week, the vice governor of St Petersburg, Mikhail Mokretsov, said the state would encourage carmakers to develop export supplies to Crimea to ensure that they continue the implementation of growth programmes in Russia. Hyundai-Kia and Nissan recently announced plans to export vehicles from facilities in St Petersburg.

"Almost all Chinese and Korean cars, which are represented on the Russian market, are produced in Russia,” said Smolyanov. “We don’t import them from abroad, except parts and components. The main production facilities are located in the central part of Russia. Therefore, it is not so far to carry the supplies to Crimea.”

He added: “Today Kia and Hyundai are considering opening dealerships in Crimea with the support of Ministry of Industry and Trade. I think it's going to happen in the first half of the year."

Smolyanov also said that the outlook for the domestic cars manufacturers such as GAZ and VAZ in Crimea are huge.

Shadow market
As stated, neither Hyundai or Kia has confirmed the resumption of sales or even preliminary plans to do so in 2015. The Russian carmakers have also refused to comment on the issue.

Tariel Vasadze, owner of UkrAvto, the largest carmaker in Ukraine, has said previously that carmakers would not resume supplies to Crimea any time soon as it is an unrecognised territory in political terms. But he warned that that situation could lead to the development of ‘shadow market’ in Ukraine, where carmakers would be able so supply and sell cars via illegal local dealerships.

Experts in general say that sales in the Crimean market are estimated to reach 25,000 cars per year but so far the only company to have confirmed renewed supplies to the region is the Russian distributor for Chinese brand Geely.

In addition, Favorite Motors, which sells a range of brands in Russia, including Kia, Ford, Opel, Chevrolet, Seat, Volvo, Skoda, Peugeot-Citroën and SsangYong, has previously stated it intends to invest Rub90m ($1.5m) in the opening of dealerships in Crimea.