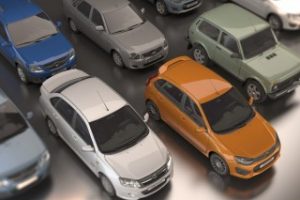 Despite continuing geopolitical tensions between the two countries, car exports from Russia to Ukraine have shown signs of improvement for the first time in three years, according to the latest statistics from the Association of Ukrainian Motor Vehicles Manufacturers (UkrAutoprom).

Russian vehicle exports to Ukraine fell 57% last year compared to 2014, to just under 1,800 units. The majority of last year’s exports were made by Russian carmaker Avtovaz, which experienced a fall in sales to Ukraine of more than 60% to just 1,000 vehicles.

Figures for the first quarter of this year appear to show a substantial pick-up, however, with Avtovaz exporting 660 vehicles. If this pattern continues, exports could rise around 100% over the course of this year.

The Q1 recovery in the export market will be welcome news for Russia’s slowly recovering automotive sector, as discussed at this week’s Automotive Logistics Russia conference in Moscow.

Based on these encouraging signs of export recovery, Hyundai’s division in Russia has decided to re-launch its own exports to Ukraine. The head of Hyundai Motor Manufacturing Rus, Victor Vasilev, said that in May, the carmaker’s plant in St Petersburg had made an initial shipment of 50 vehicles to Ukraine, with more to follow in coming months.

However, Hyundai has admitted that this positive development will only partly compensate for the problems it is facing in Kazakhstan, where the introduction of utilisation and registration fees have hit Russian carmakers badly. The registration fee for new cars varies between $300-400 per unit, while the utilisation fee, which is even bigger, varies according to engine size and other characteristics. As a result, the St Petersburg plant is only expected to export 5,000 cars this year compared to 14,200 cars in 2015.

Mikhail Chapligin, head of consultancy Autodealer-SPB, said he did not believe the Ukraine deal would provide any significant support to Hyundai’s export volumes this year and would only help the company test and assess different logistics schemes for its exports.

Anti-dumping dutiesExports of Russian cars to Ukraine are still subject to the taxation policy of local government. In 2015, Ukraine's Interdepartmental Commission on International Trade (ICIT) adopted additional anti-dumping customs duties for Russian cars. According to ICIT, vehicles produced by Sollers-Far East [manufacturing for UAZ and SsangYong] attract additional customs duty of 17.7%, while for those made by Avtovaz it is 14.6%; for other producers in the Russian Federation it stands at 10.4%. All are set for a period of five years. That is partially offset, however, by a 5-10% reduction in import duties on vehicles instituted by Ukraine’s parliament, the Verkhovna Rada.

“Ukraine has been and remains one of our priority markets, along with other CIS countries, but given the unstable situation it is difficult for us to make any forecast [in regard to export supplies],” said a spokesperson for Sollers.

“For most automotive companies it is senseless to keep staff representation in the country when sales are not exceeding 2,000 units per month,” he said. “As a result, many representatives of foreign car companies have already attached Ukraine offices to their Poland and Baltic divisions."