Russian carmakers say they have been dramatically hit by the utilisation and registration fee on vehicle imports introduced by neighbouring Kazakhstan at the beginning of this year. 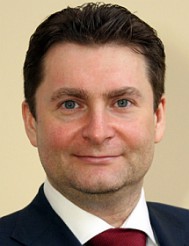 The registration fee for new cars varies between $300-400 per unit, while the utilisation fee, which is even bigger, varies according to engine size and other characteristics (see table below).

The utilisation fee, also known as a 'recycling fee', mirrors policies introduced by Russia after it joined the WTO in 2012, and is levied on vehicles to account for their end-of-life disposal. It is typically considered to be an import duty by another name, given the fees are typically higher for manufacturers without local assembly. Both Ukraine and Belarus have also introduced similar levies.

The levies underscore the difficulty in moving vehicles between Russia and its neighbours even though it has formed a customs union with Kazakhstan, Belarus, Armenia and Kyrgyzstan.

Russian carmaker Avtovaz said the reforms had increased the overall fee per unit by $2,000 for its Lada Granta.

Bepek Avto – Asia Auto, Avtovaz’s main regional partner in Kazakhstan, estimated that of its total vehicle imports last year of 97,000, 62,000 (64%) were imported from Russia. That number is reported to have dropped by between 60-70% in January-February this year, compared to the same period in 2015.

Kamaz has also confirmed a sizeable drop in finished vehicle exports and, like Avtovaz, a shift to the export of automotive kits to the country. Ford Sollers’ vehicle exports, meanwhile, have almost stopped altogether.

“Some deliveries are still being made but we realise that it is impossible to continue direct import supplies and are considering some localisation opportunities,” said a source at Ford Sollers.

No state supportThe Russian Ministry of Economic Development said it had rejected calls from carmakers to establish a mutual reduction in the utilisation fee between Kazakhstan and Russia. It also refused to discuss potential subsidies on the import of cars to Russia.

Carmakers have refused to comment directly on the situation but some said off-record that the suspension of deliveries to Kazakhstan could be a disaster for the Russian automotive industry, which is struggling to cope with overcapacity in its own market by increasing exports.

However, Russian officials believe the loss of exports to Kazakhstan this year could be compensated for by the growth of deliveries to other markets. According to deputy minister of industry and trade, Alexander Morozov (pictured), those other markets have the potential to import up to 50,000 Russian-made cars in 2016. Morozov has outlined projected delivery volumes this year of 22,000 cars to Algeria, 11,000 to Iran, 8,000 to Egypt, 5,000 to Europe, 3,000 to Cuba, 2,500 to Vietnam, 2,200 to Mexico, 1,000 to India, and 400 to Ethiopia. 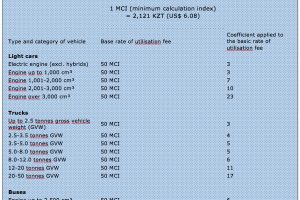 He said exports could benefit both Russian carmakers and localised foreign manufacturers and that those alternative markets would be the main priority until 2025. He also suggested that among the foreign brands, Volkswagen, Renault and Nissan were likely to benefit most from the plan.

Spokespeople at these carmakers, however, indicated that actual development of exports would depend largely on supportive measures from the state and stressed that so far, there had been no firm decisions on that.