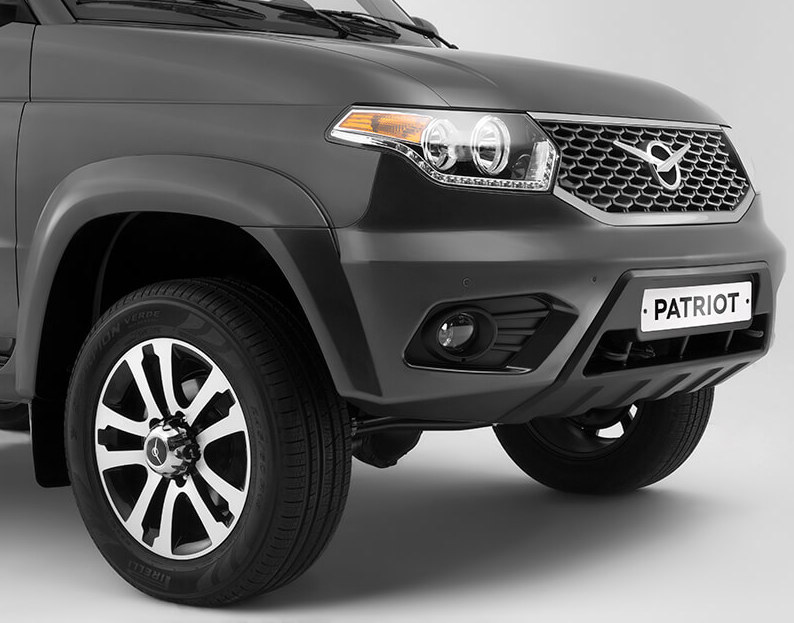 Andrey Dorofeev, director of UAZ’s export department, said the carmaker planned to export several trial batches of its Patriot SUV model to Mexico in the coming two months and would also make some trial shipments to Chile in 2018.

The announcement was made during an intergovernmental meeting between Russia and Mexico in late October.

Earlier this year, UAZ sent a trial shipment of 39 finished vehicles to Mexico and in the coming months it will export another 134 units of the Patriot, although these deliveries are not yet commercial.

Dorofeev predicted UAZ would find success with the Patriot in Mexico, suggesting it was the country of pick-ups and therefore “the country for UAZ”.

UAZ also said it was financially viable to export finished vehicles to Chile and has signed a distribution agreement with a local distributor.

Additionally, UAZ is looking to export its finished vehicles to Columbia, Peru, Argentina and Brazil. The company wants to sell 3,000-5,000 finished vehicles a year in each of these markets, which Dorofeev said was an achievable goal.

UAZ has already made commercial deliveries of 500 finished vehicles to Ecuador this year and has reported signing distribution agreements with other companies in Bolivia, Nicaragua and Paraguay, though no deliveries have yet been made to these markets.

UAZ’s export stategy is to export trial batches of finished vehicles to potential markets initially to gauge consumer interest and potential logistics spend. It shifts to commercial supplies only when it is sure its deliveries will generate eventual profit.

UAZ has not revealed anything about the route by which it plans to deliver finished vehicles to Latin America, but presumably they will flow through the southern Russian ports of Sochi and Novorosiisk because they are located closer to the company’s production capacities in Ulyanovsk than the northern ports, and the company has already used this route for finished vehicles it is exporting.

Gaz also looking southRival Russian vehicle maker Gaz has similar plans to expand export supplies to Latin America. Leonid Dolgov, director of the company’s export division, said during a recent press conference that the carmaker was primarily interested in Mexico, and in order to cut logistics spends it would consider opening an assembly plant in that country for the assembly of vehicles from complete knockdown (CKD) kits exported from Russia.

Mexico has similar ecological standards to Russia so the carmaker would not have to spend money to adapt its products under local regulations, it said.

Dolgov suggested an agreement on the assembly plant could be secured within the coming year.

This is not the first time that Gaz has announced plans to open an assembly plant in Latin America. In May 2017, executives at the carmaker said it was in negotiations to open a plant in Cuba. It had planned for the facility to serve the needs of several countries in Latin America, taking advantage of the free trade zone agreements in the region that Cuba participates in.

The company started sending bus chassis to Cuba in 2013.

In August 2017, Russian carmaker Avtovaz signed a deal to export vehicles to Cuba. Those deliveries were not commercial but the company said it expected to start exporting on a commercial basis to Cuba in 2018.