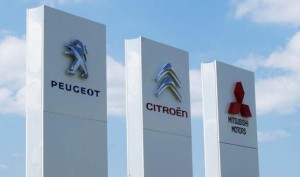 On top of the sharp drop in vehicle sales in Russia this year, PSA Peugeot-Citroën has faced additional problems because 20% of its distributors have abandoned their contracts with the carmaker.

According to the Russian Automobile Dealers Association (RADA), the French carmaker has already lost dealerships in Bryansk, Kursk, Orel Oblast, as well as several dealerships in Moscow area.

Experts said the situation could further cut the volume of sales for PSA because it has lost market access to parts of Russia’s European region. In response, representatives of PSA said they would be focusing on the optimisation of operations in the country and would soon resume assembly at the joint operation with Mitsubishi at Kaluga. Back in March this year the company announced that it was idling production there in April.

“Many distributors ended their relationship with Peugeot-Citroën before the carmaker decided to reduce the prices of its products in Russia,” said RADA’s vice-president, Andrei Petrenko, adding that amongst those distributors were BN-Motors, Antonina and Nezavisimost.

“PSA has already lost its dealer network in the country. Optimistic estimates say that the overall losses will amount to only 20%, but this figure could be higher,” said Petrenko. He said that most of those distributors were looking to work with brands in the same price segment, such as AvtoVaz.

According to official statistics, the overall sales of Peugeot and Citroën during the first four months of 2015 fell by 79% to 1,820 units and by 77% to 1,912 units, respectively. The overall drop of the size of the Russian market during this period was 38% to 516,000 cars.

However, representatives of PSA said that in general they see no problem with some distributors abandoning contracts.

“The normal practice of the dealer network, not only in Russia but also in the world, involves the rotation of dealers at the level of 5-10% per year,” said a spokesperson for the carmaker. “Today the level of rotation of our dealers in Russia does not exceed 10%.”

Peugeot-Citroën has also confirmed that it will resume operations with Mitsubishi at the Kaluga plant, which builds models from imported complete knockdown (CKD) kits. It is also partly revising its strategy to decrease operational expenditure.

"In response to changing market conditions, the group has proposed new solutions to keep our business partners, such as the optimisation of space at the [remaining] dealerships, the introduction of a newly adapted commercial policy and a programme for the improvement of the efficiency of commercial activities of our dealerships," said Christophe Berzheran, CEO of PSA Russia

The carmaker has already cut production costs in Russia and offered flexible terms of cooperation to the distributors that are still working with it. Berzheran also said that the company plans in future to improve the localisation of parts feeding the Kaluga plant, which it hopes will further improve its position in Russia.