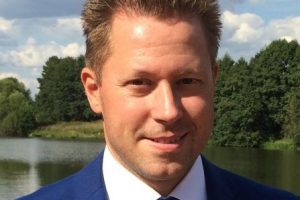 Overcapacity in the Russian automotive market looks set to be a long-term problem, the Russian Economic Development Ministry has admitted, and is starting to prompt changes to supply chain strategy.

By 2020, the gap between production capacity across Russia’s automotive plants and sales volumes there will remain at 1m cars a year, leaving vehicle makers underutilising their plants by around a third on average, ministry forecasts have suggested.

Demand for new cars in 2020 will not exceed 2m units, according to the ministry – half the figure predicted by government officials back in 2013. And this revised forecast is forcing OEMs to make their own revisions to investment plans, with some already leaving Russia and others cutting their model ranges.

While vehicle exports from Russia could grow to 200,000-300,000 in the meantime, partly offsetting such overcapacity problems, international carmakers there are looking to cut their costs and focus on income from other markets, said the Economic Development Ministry.

Earlier this year, Russia’s minister of industry and trade, Denis Manturov suggested exports would grow to at least 500,000 units within the next decade.

Strategy overhaulRussia’s overcapacity problem is also forcing carmakers to revise their logistics strategy. According to Andrey Gryazev (pictured), chief commercial officer for logistics provider Agility Russia, such revisions will vary according to the scale of localisation in each OEM’s production operation.

“For manufacturers with high localisation, it will be more economic to use the services of [local] transport owners, thus reducing logistics costs,” said Gryazev. “For producers with low localisation, it will be more attractive to import components from abroad using international logistics companies who can optimise their costs with return loads [allowing them to provide lower rates].”

Other market observers have warned that the drop in demand for car transport could negatively affect the quality and pricing of logistics services.

“Downtime in production directly affects transport operations and is a concern for some aspects of the supply chain,” said Nikita Pushkarev, commercial director of Gefco Russia.

While the overall balance between imported components and locally produced ones may not change, lower production would still reduce demand and could ultimately affect both the quality and price of services on offer, he added. “Quality requirements remain the same but reduced traffic and a lower average size of shipment mean it is hard to maintain established levels of service and pricing,” he warned.

Although growth in localisation levels in the next few years may help to underpin automotive sector demand for transport services, flagging domestic car sales would not be significantly boosted by export sales, said Gryazev.

“For customers in developed countries, Russian cars are not in demand because the quality of Russian products is lower than those of Europe,” he explained. “As for the third-world countries and emerging markets, some of them have their own strong automotive industry – for example in China and India. With [supplies to] other countries, meanwhile, there are logistics problems, such as the expensive involved in delivering cars to Bolivia and Africa.”

The problems currently facing the Russian market would be worse were it not for state support, which amounted to 50 billion roubles ($792m) in 2016, according to the Economic Development Ministry.

This suggests Russia may soon wish to change the terms of its subsidy programme and add new requirements for OEMs in terms of localised content or specific export levels.