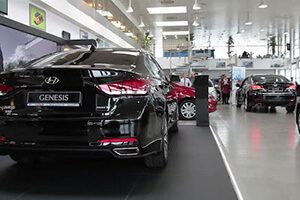 Plans to increase the VAT rate in Russia from 18% to 20% next year look set to hit the automotive and construction sectors hard, Russian economists have warned.

The move, designed to collect an additional $10 billion a year for the federal budget, is believed to be the sharpest rise in taxation in recent Russian history and has already led to predictions of vehicle price increases there.

The Russian Centre for Macroeconomic Analysis and Short-Term Forecast has estimated the VAT hike will increase the total tax burden on the automotive industry by 6.6%.

Sergey Udalov, executive director of Russian analyst Autostat, said the VAT hike would raise costs across the entire supply chain, affecting producers and importers as well as distributors. Dealers expect prices of vehicles to rise by up to 10%, suggested Udalov.

Renat Tuktuev, a spokesperson for Moscow-based Mercedes-Benz distributor Avilon Vozdvizhenka, predicted demand for finished vehicles in Russia would drop by 3-4% as a result.

Vladimir Salnikov, an analyst at the Russian Centre for Macroeconomic Analysis, said it was unlikely carmakers would be able to raise prices significantly, however, because of weak demand in the domestic market. Salnikov predicted the hike would give rise to cost-cutting instead, for example in wage rates.

However the automtoive sector reacts, the hike is also likely to accelerate inflation in Russia, the Russian Central Bank has warned, potentially leaving it 1.5% higher than forecast in 2019. This, in turn, could affect the exchange rate for the rouble, making imported products including automotive components more expensive for Russian purchasers.

Ultimately, the VAT hike could contribute to a rise in finished vehicle exports from Russia, as Russian carmakers do not currently pay VAT on exported vehicles. Whether this policy, which is aimed at supporting Russian automotive exports, will be maintained after this year is not clear, however, as the government has already indicated it want to withdraw some tax breaks, including on the payment of VAT.