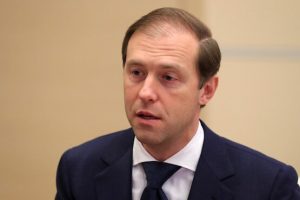 Russian Trade and Industry minister Denis Manturov (pictured) has revealed that many Russian automotive manufacturers are increasingly using national currencies, rather than the US dollar, to pay for imported components. The move has been prompted by recent US sanctions on Russia.

Several companies have so far announced the policy, trade with Turkey being the main beneficiary, he said.

Manturov also revealed that Russia was in the process of switching to local currencies for trade with countries in the Middle East, South-East Asia, Latin America and Africa.

Turkey’s president, Recep Tayyip Erdoğan, said Turkey was preparing to increase trade through the use of local currencies with its top trade partners, including Russia, China, Iran and Ukraine, and that it was prepared to do so with European countries, too.