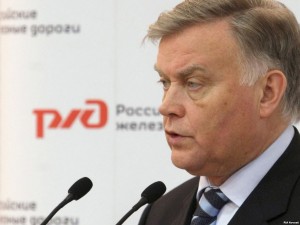 Despite a turbulent Russian market, along with slow growth with its main automotive customer, the Gefco Group is expected to remain profitable in 2015 and to yield a dividend to its major shareholder, Russian Railways (RZD).

The logistics provider also expects to continue to grow in Russia and former Soviet countries despite the continuing drop in economic growth and automotive sales that has followed the Ukraine crisis and ongoing economic sanctions on Russia from the US and European Union.

During a joint press conference last week in St Petersburg with Gefco, Vladimir Yakunin, president of RZD (pictured, left), said that the 75% acquisition of Gefco from PSA Peugeot Citroën in 2012 was a step in the right direction, and that he expected both companies to grow further this year.

"In 2015 we are expecting to receive dividends from Gefco totalling RUB 5 billion ($73m), while in future this figure will grow," Yakunin said.

"Overall, we are satisfied with the performance of the company during this period [from 2012],” he added. “I believe that the purchasing of Gefco was the right step – our analysis of the market trends was right. The [Russian] government also supported us in this difficult decision.”

Speaking alongside Yakunin, Luc Nadal, Gefco’s chairman, did not disclose Gefco’s 2014 operational profits. However, he did say that the company demonstrated strong growth despite the declines in the Russian automotive market, and the sharp falls in sales and production for PSA in Russia, Gefco’s major global customer. General Motors, which is actually Gefco’s largest automotive client in Russia, has also seen large drops in the market and has suspended production at its St Petersburg plant. 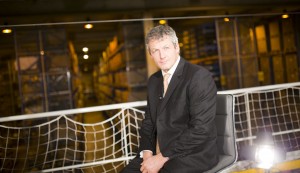 “I can say that even given the fact we are going through hard times, the operational income will probably have grown by 10% [year-on-year compared to 2013],” Nadal revealed.

Outside Russia, Gefco has benefited from a return to positive sales growth in the European automotive sector, along with strong growth in Asia, especially China.

In 2013, Gefco achieved a record turnover of €4 billion ($4.5 billion), with about 6% of its profits coming from Russia. In the same year, the company signed contracts worth almost €40m with customers in CIS countries, which last year translated into around €50-100m of additional turnover in Gefco’s ‘1520 zone’, which includes Russia, Ukraine, Baltic States, and Kazakhstan (1520 refers to countries that use the 1,520mm rail gauge).

By 2020, Nadal said that Gefco plans to increase the turnover in CIS countries fivefold, so it will account for around 15% of the company’s profits.

According to Yakunin, Gefco’s future growth will also be achieved partly through its integration into the structure of RZD, which has its own logistics divisions. Yakunin even suggested the “possibility for Gefco to fully manage RZD’s logistics in the future.”

According to Nadal, Gefco’s main goal over the coming years will be diversification of its client base. Slightly before RZD took control of Gefco in 2012, the provider signed a ten-year contract with PSA that included five years of global exclusivity, a clause that will end in 2017. At that point, PSA will have the option of contracting with other logistics providers.

To counter the risk of losing some business from PSA, Gefco has been aggressively pushing business with other automotive and industrial clients.

“We have a certain plan as to how to deal with this situation. The main point is to expand the client base,” said Nadal. “We were quite successful in 2014, with growth of turnover from new customers of 9-12%. The target for the team for 2015 is growth [for other customers] by another 15%. If we do that, then the share of PSA by 2017 on the Gefco account will be lower than it is now.”

Along with investments in Russia, Gefco will continue its global expansion this year with development in a number of regions including Latin America and Asia, and the opening of new offices in Greece, Vietnam and Thailand.