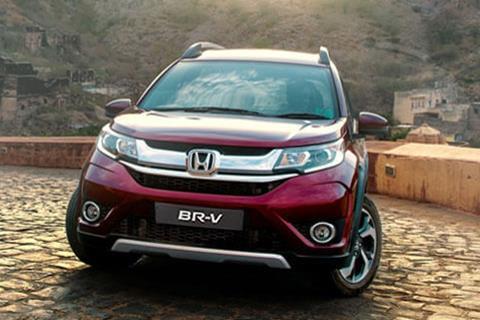 Honda’s announcement that it will close Santa Rosa car assembly plant in the Philippines this month will cost parts suppliers at least 240m Philippine pesos ($4.7m), according to Ferdi Raquelsantos, president of the country’s auto parts association PPMA.

That is just a rough, conservative estimate covering three to six months’ worth of parts local companies supply to the factory at Laguna, he added.

“[Our members] were doing daily deliveries, then suddenly no deliveries,” he was quoted as saying by online sector journal AutoIndustriya.com.

“All of a sudden, their items are stalled,” and finished goods and raw materials will be “dead stock,” he added.

Philippine Parts Maker Association (PPMA) estimates around 1,200 workers nationwide, including in Tier 2 and 3 suppliers, will be affected by the closure of Santa Rosa where Honda Cars Philippines Inc (HCPI) built the BR-V and City models.

A total of 22 PPMA member companies and 24 non-members will also be hit by the Japanese OEM’s car-making exit from the Philippines.

Another impact will be investments for the future, according to Raquelsantos. “We’re right now doing product development. We spent time, money and resources for the last six months doing the product development to find out that it won’t be pushed through.”

As parts’ suppliers depend on production forecasts from carmakers, ordering smaller parts, raw materials and other items from their own suppliers to meet contracts with Honda, much of that material is already in suppliers’ warehouses.

Raquelsantos hopes there is enough time for Honda’s parts suppliers to be able to cancel orders.

“I’m sure Honda will pay for these anyway, but there are so many items we cannot quantify now. For example, the moulds used for plastic, dies for metal parts, assembly fixtures and jigs; all of those will just be useless.”

When questioned about Ford’s 2012 closure of its car factory in the Philippines, Raquelsantos said that situation was very different as everything was scheduled with a defined cut-off point. Suppliers could adjust and even “shuffle” employees around.

“This time, with Honda, boom … right away. So what do we do?” AutoIndustriya.com quoted him as saying.

In its announcement on February 22 regarding the March closure, HCPI said: “To meet Honda’s customer needs in the Philippines for reasonably priced and good quality products, Honda considered efficient allocation and distribution of resources.

“As such, after consideration of optimisation efforts in the production operations in Asia and Oceania region, Honda decided to close the manufacturing operations of HCPI.”

The subsidiary will continue selling cars and offer an after-sales service in the Philippines, through utilisation of the group’s regional network, it added.

According to local media reports, 387 Santa Rosa employees will lose their jobs. HCPI employs around 650 in total. A company spokesperson was quoted as saying it produced 8,000 units last year, while annual capacity is 15,000.

The association would also like to see locally assembled and manufactured cars made more competitive by increasing or adding tariffs on complete built-up units (CBU) from other countries.

In contrast, Honda Philippines Inc (HPI) will start making The New BeAT motorcycle model from this month. It is aiming to achieve a production run rate of 130,000 units a year.

“Localisation of The New BeAT model signifies HPI’s commitment to give products that are relevant to the needs and lifestyle of its consumers,” the company said, adding the target market is the millennial generation.