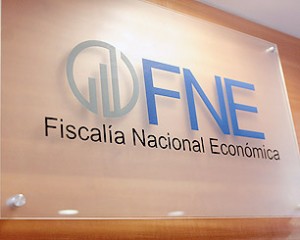 In Chile, the national agency responsible for ensuring free competition, the Fiscalía Nacional Económica (FNE), has referred six shipping lines to a competition tribunal to face allegations of price fixing on the transport of imported finished vehicles. The FNE claims the practice has been going on since 2000.

The FNE has asked the Tribunal de Defensa de la Libre Competencia (TDLC) to impose fines amounting to around $75m. The largest fine would be imposed on Eukor, amounting to $25m, while CCNI, K-Line and MOL would each be forced to pay around $ 12.5m, plus costs.

As for CSAV, the prosecution has asked for fines to be waived, because the firm had appealed for leniency.

In respect of NYK, which also made the same appeal, the FNE has requested a fine equivalent to 50% of the upper amount requested. Neither CSAV nor NYK were asked to pay costs.

According to the FNE, collusion between the shipping lines was evident on sea routes into Chile from Europe, America and Asia, from which 90.7% of all Chilean automotive imports originate. Indeed, respectively, the FNE accuses the lines of controlling 99.6%, 92.1% and 86% of automotive traffic on those routes.

Manipulation of the market was achieved using three main mechanisms. Firstly, those shipping companies not holding accounts deliberately bid for contracts with unrealistically high prices so as to be discarded. Secondly, lines did not enter bids at all. Thirdly, bids involved conditions, making proposals unattractive or unworkable.

The end result was that an incumbent account holder was not displaced by a cheaper rival.

Significantly, charges similar to those being levied by the FNE are also being investigated in the United States and the European Union, while in March 2014, the competition agency in Japan uncovered similar behavior by various shipping lines, including MOL, NYK and K-Line, who were fined a total of $110m.