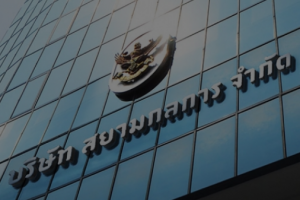 The joint venture, called Siam JWD Logistics, will begin operations in January from headquarters in Bangkok. Those operations will include the transport of parts to and management of warehouses, as well as packing for onward delivery to the carmakers. It has an initial operating capital of 20m Thai baht ($560,830).

Siam Motors said it would begin operations by supplying around 70 of its customers’ plants, with a forecast annual revenue of 50m baht. It added that revenue from non-Siam Motors Group customers would also “contribute significantly” to the new company’s growth and profitability.

Charvanin Bunditkitsada, CEO of JWD, said: “This joint undertaking is another crucial step in expanding our business of providing integrated logistics services for upstream and downstream automotive and connected industries. It will allow us to offer automotive storage and management solutions to automakers not only at our own plant but also at customers’ plants [as on-site services].”

He went on to say that the activities of the joint venture would move towards the “upstream sector”, i.e. the manufacture of automotive parts – which is a huge segment as Thailand is a regional hub for the automotive parts industry.

“We see that our extensive knowledge about, and expertise in, the automotive industry will enable us to enhance logistical efficiency and reduce operating costs of the local automotive parts manufacturers,” he said.

JWD Infologistics is one of 18 subsidiaries in the JWD Group.

The Thai automotive industry is enjoying a period of strength and accounts for 12% of the country’s GDP. There are 18 carmakers and eight motorcycle makers there. According to figures from business resource provider, ASEAN Up, Thai carmakers made nearly 2m cars in 2015 with around 800,000 sold domestically and some 1.2m exported. There were also around 1.9m motorcycles produced, with domestic sales of roughly 1.6m and exports of 350,000.

According to JWD, the automotive logistics business is expected to benefit in 2017 from a recovery in the automotive industry thanks to the Thai government’s first-time car buyer subsidy programme, which will cover 1m vehicles. The five-year transfer restriction period under the programme has expired, allowing some cars to change hands from mid-September, in turn helping to create demand for new cars.

Pratanwong Phornprapha, president of Siam Motors Industries, said the decision to set up an integrated logistics service would expand its business and tap growth in the logistics industry, both in Thailand and other Asean countries.

Siam Motors Group, the parent company of Siam Motors Industries, has a 52.5% stake in the joint venture, with JWD Infologistics’ affiliate, Autologic, holding 42.5% and an unnamed private investor holding the remaining 5%.