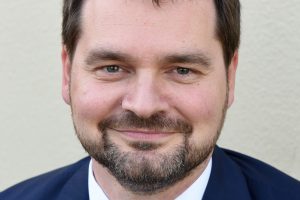 From July 1st, Siegfried Jung (pictured) is the new head of vehicle dispatch and distribution at the BMW Group, based at the carmaker’s global headquarters in Munich, Germany. He replaces Peter Hörndlein, who has left BMW for a logistics role at truckmaker MAN.

Jung has worked at BMW for more than 20 years. Like Pieper, who took over as head of the department last year following a plant role at BMW’s Steyr engine plant, he has mainly worked outside of vehicle logistics, including in roles for inbound logistics planning, transport steering and plant logistics, as well as in purchasing and supply chain. He has held international assignments in logistics at several plants and regional operations including at BMW’s plant in Rosslyn, South Africa and at Spartanburg, South Carolina in the US.

Jung has mostly worked outside of logistics for the past six years, responsible for purchasing in capacity management and the supplier network.

In his new role, he will oversee standardised processes, systems and operations at plant dispatch yards, as well as finished vehicle transport and its distribution network.

BMW is currently in the midst of a number of important expansions and rollouts in new technology, including the use of in-vehicle telematics to track vehicle location and status in the supply chain.

Peter Hörndlein, who was responsible for vehicle dispatch and transport since the end of 2015 at BMW, is now head of brand logistics for MAN Truck & Bus, a commercial vehicle manufacturer based near Munich and part of the Volkswagen Group.