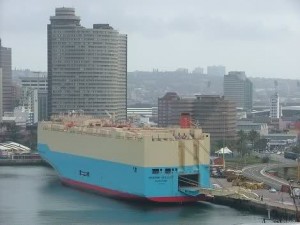 Sales of cars exported by South Africa are currently booming. In January 2015, for example, units sold abroad rose by 84.4% compared to January 2014. A weak rand and recovering markets in the northern hemisphere helped boost car shipments, which rose from 6,021 units to 11,104 units.

However, these figures also benefited from the decision by Mercedes-Benz SA to start production of its new C-Class model last year, which accounted for 2,479 units; last January, it did not export any vehicles ahead of the launch of the new model in May at its plant in East London.

Light commercial vehicle exports, in contrast, fell 28% — from 7,732 units to 5,578 units — according to figures put together by the National Association of Automobile Manufacturers of South Africa (Naamsa). Much of the fall was accounted for by reduced numbers of pickup trucks being bought by other African countries, where changes to import policies hurt sales. In Algeria, the government has cut support for companies acquiring commercial vehicles, denting sales from South African suppliers. Nigeria, for its part, has put higher import duties in place to protect its own motor industry.

Other African countries are also reducing imports of finished vehicles in advance of expected currency depreciation.

Despite these negative factors, the overall numbers of finished vehicles went up 20.7%, from 13,845 units to 16,708 units. This has prompted Naamsa to forecasts that for the full-year figure exports will grow by at least 15% to 320,000 units.