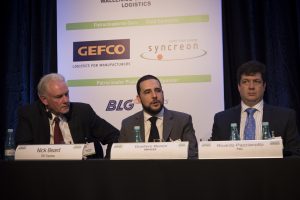 Brazil’s poor logistics infrastructure and tax bureaucracy are contributing to higher costs and declining competitiveness for the automotive industry, with the country losing out on investment in production and the supply chain, notably to Mexico.

“Brazil is facing economic uncertainty, but it also needs to address high labour costs, logistics and tax issues in order to return to growth, otherwise it will struggle to compete with other countries,” said Ricardo Pazzianotto, partner and automotive lead for Brazil at PwC, speaking at this week's Automotive Logistics South America Summit in São Paulo.

While light vehicle assembly is expected to rise to 4.5m units by 2020, PwC expects that by then Brazil will fall behind Mexico in production, where OEMs like Audi, Mercedes-Benz and BMW are investing in new plants for exports to the US and other global markets. Similar OEMs are also investing in Brazilian production, encouraged in part by the government’s incentive programme for localisation, INOVAR, but the volume is smaller and mainly to serve the domestic market.

“We expect Brazil to surpass Mexico by 2020. Mexico is more competitive on labour and other costs, while is also has established many bilateral free trade agreements that have opened up the market and encouraged global exports,” said Pazzianotto. 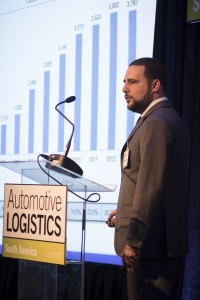 While in recent years logistics executives expressed concern that bottlenecks in transport and logistics would prevent manufacturers from meeting demand, this year, with the Brazilian and other South American markets faltering, the country’s high logistics costs are increasingly seen as a competitive disadvantage. Gustavo Bonini, head of inbound logistics for Scania, as well as coordinator for the logistics committee at Anfavea, the Brazilian carmaker’s association, said that the country’s export potential is severely hindered by its logistics costs and delays. “The costs are very high, and it is purely waste,” he said. “Nobody is gaining from it. It is Brazil that is losing.”

Bonini pointed to an Anfavea study that showed that a reduction in logistics costs by 1% could help to increase exports by 4%.

While Mexico has capacity shortages and security issues in its logistics, its competitive logistics costs and processes stand increasingly in contrast to Brazil. Bonini pointed out that the cost of shipping a container from Brazil has gone from being about $200 cheaper than Mexico in 2005, to being $800 more expensive by 2012.

For vehicle logistics, meanwhile, some 80% of US and Canadian exports move from Mexico by rail, according to Flavio Batista, vice-president of Latin America for logistics provider WWL, with most of the rest moving by short sea. In Brazil, almost no vehicles move by rail, while fewer than 2% of automotive components do. Despite a 9,000km coastline, there is very little domestic short sea shipping.

“While Mexico has benefited from a high investment in rail and logistics, in Brazil many transport companies still don’t even know about EDI, and are way behind in systems,” Batista said.

Import process getting worse and worse
PwC’s Pazzianotto also said that Brazilian OEMs depended on a relatively high ratio of imported supplies, which has exposed them to negative currency impacts as the Brazilian real declines. Such imports also leave manufacturers at the mercy of congested ports and lengthy customs clearance. Orlando Moral Junior, a former Volkswagen logistics executive who is now manufacturing and logistics director in Brazil for China’s Chery, pointed out that delays and paperwork at ports were a major issue for his company, which is launching a new plant in January. In its initial phase, Chery will import 70% of its supplies from China. 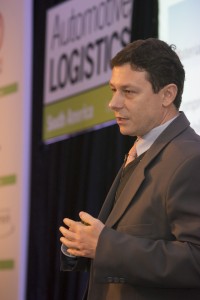 “Because of the lengthy import process, our frozen period in production is around 3.5 months,” said Moral. “What causes this delay is the legal aspect for importing, including taxes and bureaucracy. We have so many documents to deal with. It is something absurd in Brazil and getting worse and worse.”

Fred Roldan, supply chain director for South America at General Motors, revealed that the carmaker imports around 140 containers per day into Brazil. He said that the process is difficult and costly, especially because of customs and crowded ports. “We use global sourcing extensively, and it can be a very effective strategy, but it has a high risk,” he said.

Neuton Karassawa, director of logistics for South America at GM, pointed out the inefficient import process was a competitive issue, since manufacturers had to carry higher inventory levels. “Bureaucracy is a very serious issue for imported material,” he said. “International organisations like the World Bank see that Brazil’s competitiveness is going down, and that we to fill in more and more documents. The process can take months and have a direct effect on our level of inventory.”

Moving in the right direction

There were some signs of progress, however. Karassawa and Roldan said that GM was aiming to increase localisation in Brazil as a means of reducing risks and currency impacts. Roldan also said that GM was working more with logistics provider to influence logistics efficiency and supplier footprints much longer in advance than it had previously.

Bonini also said that Anfavea’s logistics committee, which was started last year, has also been able to communicate more often with representatives from government, including the Brazil’s transport and economic development ministries, discussing issues including infrastructure investment, port opening times and other projects. The committee has also been able to work more closely with the port of Santos to arrange pre-scheduling of loads, which has helped relieve lengthy queues. 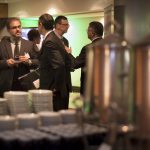 Automotive Logistics South America was held November 4th in São Paulo. Further reports from the event will be published in the coming days. Video recordings of the presentations will be available on this link.