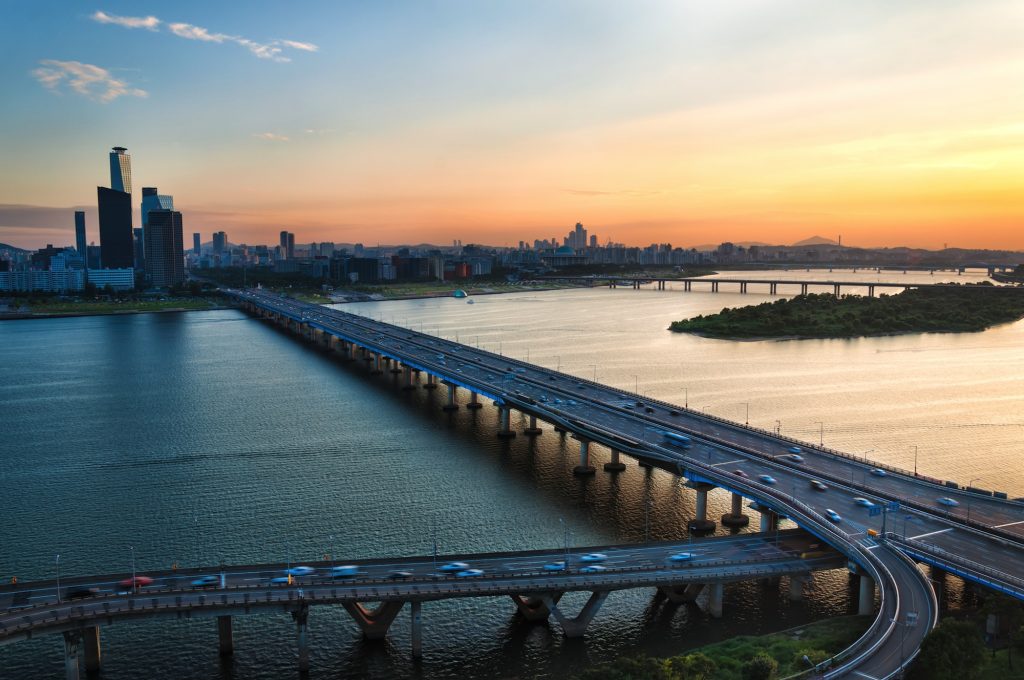 A relentless and often turbulent wind of change has blown through South Korea in recent decades, turning it from a low-cost industrial centre into a global technology and export powerhouse

South Korea’s industrial renaissance began slightly later than the post-war booms in Japan or western Europe, however it has arguably endured even longer. In 1970, the then military dictatorship was as poor as its partitioned, communist neighbour to the north, with agriculture and fishing the dominant industries. In fewer than 30 years, the country would become a member of the OECD club of developed nations, a democracy promoting free trade, and a prolific exporter of ships, electronics and, of course, vehicles.

South Korea’s automotive transformation has been both impressive and tumultuous. Volume rose in the 1980s within a closed domestic market before cheap exports from Hyundai, Kia and Daewoo gained momentum. The 1997 Asian financial crisis set off a wave of restructuring: Hyundai Motor took over Kia Motors; Renault bought Samsung Motors, with an eye on global exports; Daewoo Motors swallowed Ssangyong, before it collapsed and General Motors bought most of its passenger vehicle assets and turned it into a major hub for Chevrolet (Tata would go on to acquire Daewoo’s truck arm).

There have been bumps in the road: China’s SAIC took control of Ssangyong but the partnership ended in failure, and Mahindra & Mahindra has been trying its hand with the brand since 2010, struggling recently with the collapse of Russia, Ssangyong’s largest export market.

Renault Samsung has seen its domestic market share and exports rise and fall in fitful starts. However, over the past decade or so, a relatively cheap won, emphasis on quality and value for money (including Hyundai’s famous ten-year warranty) and regional production growth have spurred Korean brands. The global financial crisis in 2008-2009 prompted a new phase in the ‘Miracle on the Han River’, as Hyundai-Kia sales surged thanks to their product and price combination. GM’s small car base in the country also helped it respond quickly to demand in global markets from Europe to South America and the US.

With increasingly high value units sent all around the world, South Korea has a dynamic and fiercely competitive vehicle logistics market and is a hub for pure car and truck carriers (PCTCs). Eukor, owned 20% by Hyundai Motor and 80% by Scandinavia’s Wilh. Wilhelmsen and Wallenius Lines, is Hyundai and Kia’s traditional PCTC provider, and one of the world’s largest ro-ro lines. South Korea is also significant for WWL, which together with Eukor has a terminal at the port of Pyeongtaek-Dangjin, called PIRT, where cargo exchanges with China have increased in recent years. Höegh Autoliners, meanwhile, has been GM Korea’s main carrier, handling a large share of its exports.

Several Korean ports rank among the largest in the world for vehicle handling: at the port of Ulsan, for example, where the Hyundai brand has a huge plant, the carmaker shipped more than 1.1m vehicles last year, according to Jwa Daesung, team leader and general manager of the export administration department at Hyundai Motor Company. Kia Motors, meanwhile, exported nearly 770,000 vehicles from its terminal at Pyeongtaek port, close to its Hwaseong plant. In total, the port handled around 1.5m units last year. Busan, in the south, is close to Renault Samsung’s plant and also an important vehicle-handling hub.

The logistics company that has grown in closest parallel to Hyundai-Kia in South Korea, however, is Hyundai Glovis, which manages, procures and executes the brands’ logistics. In 2014, Glovis’s revenues reached 13,922 billion won ($12.86 billion), up 550% since 2007.

Glovis is part of the Hyundai Motor Group, a collection of around 60 subsidiaries that span the length and breadth of the supply chain. In South Korea, these types of conglomerates are called chaebols – which translates literally as ‘wealth clans’. They are groups of companies bound together through a variety of family-controlled shareholdings and cross-ownerships. Hyundai Motor is the second largest conglomerate in South Korea after Samsung; other large ones include LG and SK Group.

Like its parent group, a major part of Glovis’s growth has been global, with large investments in foreign subsidiaries and overseas operations. In Europe, the company has taken a majority stake in Polish-based trucking provider Adampol, for example. It is also expanding resources in China and North America. 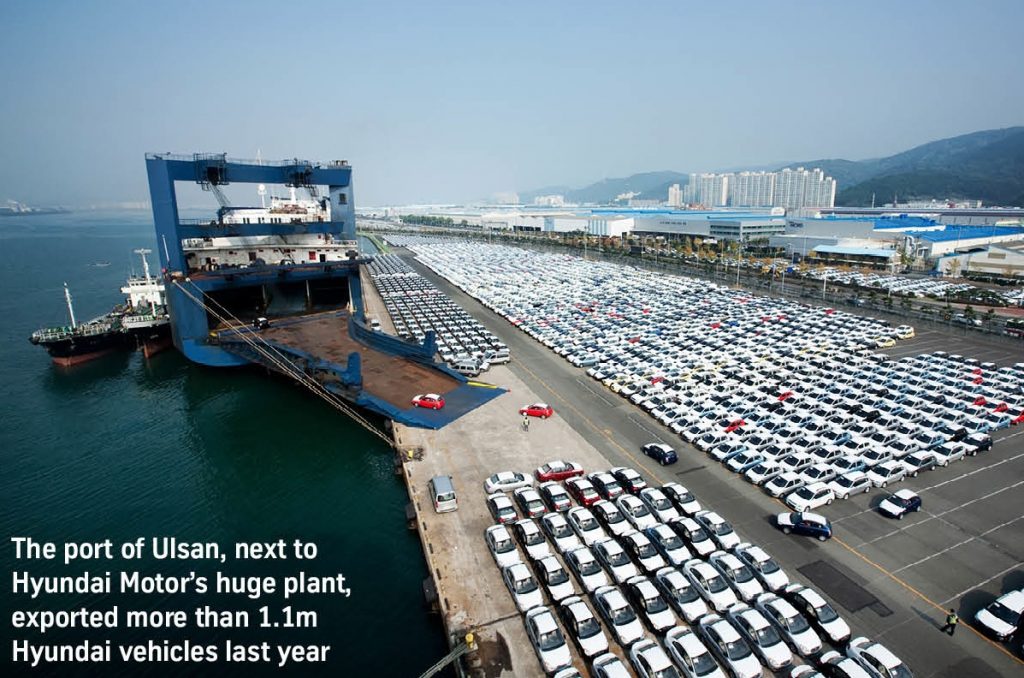 “We are improving our capacity to give best practices to Hyundai and Kia. With the new plants in China and Mexico, we have the opportunity to expand our business,” says Sang Sok Suh, director of planning and strategy at Hyundai Glovis.

Hyundai Glovis has notably taken control of a growing fleet of PCTCs. As of the first quarter of 2015, Glovis owned 24 vessels with a further 36 on charter. It plans to increase its ro-ro fleet to 100 ships over the next 3-5 years, according to Suh.

As impressive as the growth among South Korean brands and logistics has been, it belies changes and difficulties in the industry. Rising manufacturing costs, shifting global markets, currency and trade policy are leading Hyundai and Kia, as well as other OEMs and logistics providers, to diversify more internationally, including in the Americas and China, contributing to a recent levelling off for South Korean exports, and even declines among Hyundai and Kia in the first half of 2015. Indeed, the carmakers have seen their profits slipping over the past two years, with early results this year suggesting further declines, potentially triggering a round of cost cutting.

For GM, changes in its global distribution strategy, including the withdrawal of Chevrolet in Europe and a near pullout from Russia, have diminished South Korea’s role as an export hub.

At the same time, a sharp rise in vehicle imports – once unthinkable in South Korea’s nationalist-minded consumer market – is further reordering the vehicle supply chain.

To compete in this changing mix, carmakers and logistics providers may need to be more flexible in both locations and services, more open to new business partners, and share more critical information with existing suppliers – an openness that does not always come naturally to Korea’s hierarchical and hyper-competitive business culture.

Click here to read part 2 in our South Korea series, "Widening the lens".