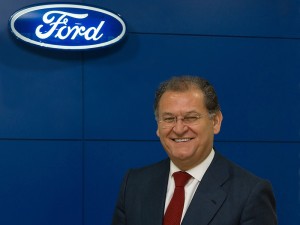 The president of Ford Spain, José Manuel Machado (pictured), has warned that the high costs of logistics and energy in Spain could threaten the future of vehicle manufacturing in the country. He said the higher costs meant the industry was less competitive, which could prompt manufacturers to switch production to other countries.

Machado was speaking at a meeting held in Barcelona earlier this month organised by professional services provider, KPMG, and business consultancy IESE.

Indeed, he went as far as to predict that, if Spanish logistics did not improve cars would not be made there within five years. In addition, he said that there had to be better connections to ports, whose management must also improve.

He was also extremely critical of energy costs, which he noted had increased by 60% since the beginning of the current economic crisis. These have also impacted on suppliers, meaning that, overall, costs have risen by two or three times.

Machado defended the idea that automotive manufacturers should be governed by different rules to those normally applied to businesses, since they are faced with a range of different costs.

“We have to compete and we need many of the rules [governing the industry] to keep pace,” he said.

Machado also pointed out that Spain's automotive industry has emerged from the economic crisis stronger than ever. It is, he stresses, more modern, more dynamic and more competitive, offering high quality alongside reasonable costs.

Finally, he observed that, since 2011, Ford had invested €2.3 billion ($2.4 billion) at its Almussafes plant, in Valencia, which is now almost wholly concentrated on global exports of finished vehicles. Nevertheless, he added that not everything had yet been done and that, in order to remain competitive, further improvements would have to be made.