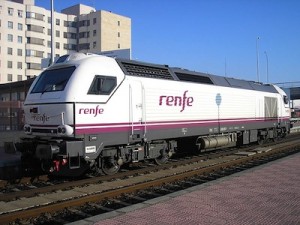 Spain’s National Commission on Financial Markets and Competition (CNMC) has begun disciplinary proceedings against the national railway company, Renfe, and six of its subsidiaries.

The group is facing action following an alleged abuse of dominance in the transport of goods by rail, and an alleged pact with other companies to divide up the market for transporting finished vehicles.

This follows an investigation by the market regulator after receiving a complaint from the Association of Private Railway Companies (AEFP). The AEFP was formed on July 20th 2005 by Acciona Rail Services, Comsa Rail Transport, Continental Rail, Transfesa (in which Renfe holds an equity stake), Logitren Ferroviaria, Traccion Rail and Transitia Rail.

Using information garnered during this investigation, the competition directorate of CNMC concluded that “there are reasonable grounds” to suppose that the state-owned railway company had been involved in practices prohibited under both Spanish and European competition laws.

CNMC believes that Renfe has abused its dominant position by offering companies associated with the AEFP “discriminatory commercial terms relating to other clients in the provision of traction or rented freight wagons”.

In addition, Renfe is accused of maintaining a cartel with other companies working in the sector, namely Transfesa Rail, Pool Ibérico Ferroviario and Hispanauto y Semat, to share the transport of freight by rail, particularly in the automotive and automotive components sector.

The aforementioned companies have also been included in the disciplinary proceedings opened by the CNMC. The regulator has detected infractions in articles 1 and 2 of the Defence of Competition Law, and also in two articles of legislation relating to the European Union.

José María Marín Quemada, president of the CNMC, stressed that opening the disciplinary proceedings will not prejudice the results of the investigation, which will report back within the next 18 months.

Open access freight operators were first allowed to enter the Spanish market in January 2005, although have struggled to win market share, often citing Renfe's existing dominance as the main reason.

Significantly, the CNMC has decided to open proceedings against Renfe's freight arm, Renfe Mercancías, despite the state holding trying to find a partner willing to buy into the business. France's SNCF and Germany's Deutsche Bahn have both been linked with a possible equity stake.