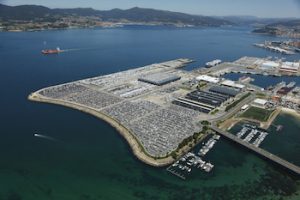 Spain’s National Commission for Markets and Competition (CNMC) has imposed fines on five stevedoring companies and five port unions for colluding to restrict competition at the port of Vigo and keep prices unnaturally high.

The CNMC said their collusion had prevented the loading and unloading of finished vehicles from vessels other than by registered stevedores.

“All of this runs contrary to applicable legislation, which gives freedom to companies to decide the composition of their workforce in activities that are excluded from standard stevedoring practices,” stated the ruling.

The CNMC’s investigation was prompted by a query from Vigo Port Authority, which had previously discussed the situation with the Spanish National Ports Authority (Puertos del Estado), and covered two agreements dating back to 2010 and 2013, which included the port authority, Vigo’s official SAGEP (stevedoring company), five stevedoring companies that hold shares in the SAGEP and five port unions.

The competition authority said these parties had been fined because of an agreement allowing only personnel contracted by the SAGEP to move finished vehicles on and off ships and to deal with the reception and delivery of cargo.

The CNMC said it appreciated the right of collective negotiation to defend workers’ interests but stressed: "In this instance it is not about agreements that regulate labour conditions, but the attempt to extend a legal reserve (stevedoring activities) to areas where they are not applicable, because they have been liberalised". As a result, "the agreements examined cannot be considered collective agreements, given that they do not regulate the working conditions of SAGEP workers, but rather the internal organisation of the stevedoring companies," it continued.

It also pointed out that the agreements prevented the stevedoring companies from independently deciding on the workers they could contract to undertake the services they provided in the port – in particular, the loading and unloading of motor vehicles.

“This limitation constituted an obstacle for the provision of basic port services by companies other than the signatories of the agreement and by workers who were not stevedores,” said the CNMC.

Rulings already made by the EU’s Court of Justice specifically aim to prevent such agreements in Spanish ports, which have been ordered to allow free competition for all stevedoring services to break the monopolies exercised by port SAGEPS.