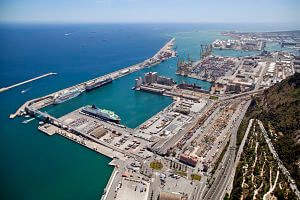 Reform of Spain’s port stevedoring sector has run into trouble, after disputes over the changes at the port of Barcelona and continuing question-marks over its legality at EU level.

In an attempt to satisfy EU directives, Spain’s former stevedoring companies (known as Sageps) are being replaced by so-called Port Employment Centres (CPEs.) In some ports, such as Valencia, this has involved little more than a change in name, with labour providers joining the new organisations under the same terms and conditions they enjoyed in the Sageps.

In Barcelona, however, this is not the case. There, those companies that formed part of Sagep Estibarna can only join the new CPE if they agree to new terms and conditions that apportion both costs and salaries. While the two container terminals – operated by Hutchison Port Holdings and APM Terminals – are apparently happy to do this, some of the smaller employers believe they are being asked to pay too much, effectively subsidising productivity gains achieved by the box handling facilities.

A deadline has been set for October 28 to sign up to the new Barcelona CPE but terminal operators Autoterminal and Setram are refusing, claiming the payments they would have to make are unfair.

In 2015, a stevedore in the port earned an average annual salary of €87,000 ($100,552), with HPH and APMT paying out a combined €48m for their services, equivalent to 55% of the total paid. For their part, the two car terminals paid €10m (Autoterminal) and €4.2m (Setram), which although lower, are claimed to be proportionally higher than either of the two container terminals. They want these rates cut to reflect new realities.

While conversion to CPE status continues, meanwhile, the Spanish government has yet to put into law the overarching terms and conditions under which the new bodies will operate. There has now been a delay of more than a year.

Both the EU and Spain’s competition authority (the CNMC) are studying the implications of the new system. The Spanish government has already sought advice from its most significant legal advisor, the Council of State, which has apparently indicated that the CPE model will be ruled as anti-competitive, thereby resulting in fines both from the EU and the CNMC.

This would force the government, employers and unions to go back to the drawing board with the scheme and leave them subject to further fines until a system were adopted that brought Spain into line with EU directives on open competition in the sector.

The change to CPEs is the government’s response to an earlier ruling by the European Court of Justice deeming the old Sagep model illegal. Under this model, all stevedoring providers at a port had to be shareholders in the Sagep, which was the only organisation allowed to provide terminals with stevedores. This effectively created a barrier to entry and prevented competition, the court ruled.

Following lengthy discussions between stevedoring employers and port unions, a draft agreement was made under which each Sagep would be transformed into a CPE. Workers from the Sageps were to be transferred to the CPEs on the same terms and conditions in a process known as subrogation. For the first year of operation, terminal operators would be required to draw 75% of their labour from the CPEs, dropping to 50% the year after and then 25% for the following year, with free competition thereafter.