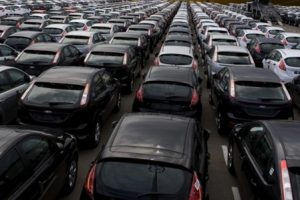 Threatened strikes by Spain’s port unions have been temporarily called off and talks resumed with the government as the country attempts to overhaul and liberalise stevedoring policy under pressure from the European Union (EU).

The EU has called for a change to practices in the stevedoring sector in which all terminals contract labour from an officially sanctioned body in each port, known as a SAGEP. In effect, any company that wanted to provide port stevedoring services had to join a SAGEP and financially contribute to it. Trade unions wielded considerable influence in each of the SAGEPs, thereby ensuring that employment levels remained high.

Critics of the set up have complained that this was monopolistic and hindered productivity. In 2014 the European Court of Justice found that Spanish legislation on dock labour conflicted with Article 49 of the Treaty on the Functioning of the EU, which covers freedom to provide services and guarantees on the mobility of businesses and professionals within the EU.

The European Court of Justice suggested as an option that stevedoring companies manage their own employment offices and provide them with labour. That would involve the creation of a pool of workers managed by private companies to provide workers for the stevedoring companies not requiring sanction by the union based SAGEPs.

Now, the proposal is to allow any company to tender for stevedoring contracts and for registration of individual stevedores to be abandoned. Any company wishing to provide services would be free to do so.

In response the stevedoring unions in Spain were threatening strikes on February 20th, 22nd and 24th, which would have hindered port operations but the parties involved have since resumed talks.

There has long been debate in Spain as to who was allowed to drive finished vehicles on and off of ships, within terminals and from terminals to dispatch points. The new legislation could potentially drive down costs substantially and reduce the current size of work gangs.