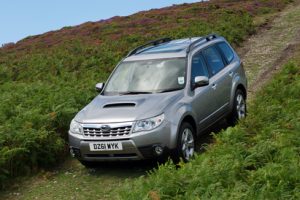 Fuji Heavy Industries (FHI), the company that manufactures Subaru cars, has announced that it has, along with TC Subaru (TCS), a subsidiary of Tan Chong, started production of the Subaru Forester vehicle at the Malaysian assembly plant of Tan Chong Motor Assemblies (TCMA). The vehicles are being assembled from complete knockdown (CKD) kits imported from Japan.

The Forester will be the second model assembled at the TCMA plant. The Subaru XV crossover has been produced at the plant since December 2012. TCS plans to assemble around 10,000 units of the Forester a year.

The locally-assembled Forester will go on sale in Malaysia, Thailand, and Indonesia through the Subaru dealer network operated by Tan Chong International in spring.

In 2014, FHI laid out its mid-term management vision called ‘Prominence 2020’. It features ideas including the development of a strong business foundation in southeast Asia, and increasing sales. The CKD production of the Forester in Malaysia will play in important role in achieving this goal.