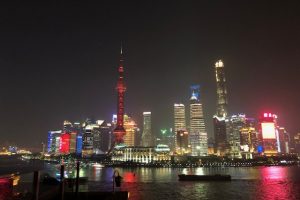 China’s economy is entering a new phase of steady rather than rapid expansion and the automotive industry may have to accept that the days of exponential growth could be at an end, delegates were told at this month’s (April) Automotive Logistics Global Shanghai conference.

Yet GDP remains relatively high – predicted to reach up to 6.4% in Q1 2019 – and speakers felt there were several reasons for the automotive industry to remain positive, including opportunities in new energy vehicles (NEVs), the used car sector, and an impending transformation from straightforward manufacturing to a service model.

Cai Jin, vice-president of the China Federation of Logistics Purchasing (CFLP), said China’s economy had slowed but was on a more steady growth path. He pointed to encouraging signs including an uptick in the Purchasing Managers Index to above 50%, after being eight years below it. China has also seen a rebalancing of supply and demand after several years of surplus. There has also been an increase in purchasing and delivery prices, easier access to capital and recovery in the stock market.

For the automotive industry in particular, there was no need to be too pessimistic, said Cai. “Last year the car industry went down a little bit but this year I don’t think we will do worse,” he reassured attendees.

[mpu_ad]The economy as whole, he noted, had shifted its focus from high speed to high quality, pointing towards China’s industrial maturation.

Xu Changming, vice-president of the State Information Centre, claimed that the latest government policies should be a cause for optimism. Whereas deleveraging was the key measure affecting the economy in 2018, he said the macroeconomic trend of 2019 had been one of reduced financing costs, something that has been contributing to a more favourable business environment for private companies and entrepreneurs.

Many customers were working for the small private companies which had suffered from the deleveraging policy, he explained, saying that this had contributed to poor sales performance at the lower end of the automotive market.

Although last year was the first since 2000 to see a drop in passenger car sales (-1.6%), Xu said, the industry was heading back in the right direction with government support. He predicted that stable GDP growth in 2019 would boost consumer confidence and, therefore, the car industry, adding that he expected 0% growth in car sales in the short term, but felt “more optimistic” for the mid term and long term.

Automotive sales a drag on growthXiao ZhengSan, general secretary of the China Automobile Dealers Association, agreed that the country’s dealers had been experiencing challenges, including lower sales and a backlog of inventory. His opinion was that this year the market “may follow the gradual decline of 2018”.

He said that although approximately 30m new vehicles entered the Chinese market each year, in 2018 sales were down to 28m. Revenue was down by 2.8% and automotive sales represented only 10% of total retail consumption, compared with 12% in previous years. He said the automotive industry was “to some extent dragging the overall GDP growth”.

“Automotive is a pillar for the national economy, so we really have to think about this,” he warned.

Xiao said that 27% of China’s more than 29,000 dealers had been “struggling to make ends meet”, with 39% actually making a loss, and that only a small proportion managed to be profitable. According to Xiao, the biggest players have been the ones seeing growth, thanks to improvements in management and organisational structure. 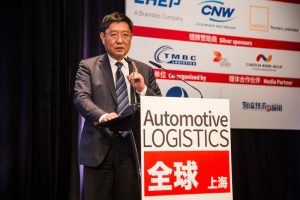 Despite the negative backdrop, the number of dealers has increased by 3.9% according to CADA figures, mostly in developed regions of the country, and Xiao speculated that this might be due to the prospects for NEVs.

He said that NEVs were “in a different track” from traditional vehicles and performing “quite well”, having increased their market share. That is still a tiny proportion, however. Last year, about 1m EVs were on the market in China, with output rising by 50% and sales by 60%.

CFLP’s Cai Jin agreed that once the NEV market matured there would be even bigger growth. Manufacturers were experiencing some challenges, he said, and still needed to change the consumer perception of non-traditional vehicles. This will become even more important as the government progressively withdraws subsidies for NEVs up to 2020.

Xiao added that used cars were also “an important driver of the industry”, though this segment was so far a small part of the total market. While secondhand cars make up a large proportion of sales in the most mature markets, such as the US and Japan, in China sales of used cars last year amounted to 17m compared with 28m new vehicle sales. There is clearly room for growth, especially given that some Chinese cities have restrictions on the sale of new vehicles due to environmental policy – meaning that the only way to “trade up” is to buy a used car.

Future focusedXiao identified four key areas of focus to drive forward the automotive industry and help it to grow sustainably: the lower end of the market; the used car market; new tools including vehicle financing; and stronger controls on vehicle purchases.

Cai Jin said there was a need for the car industry to develop and that transitioning to a modern supply chain would be “critical”. He said that when it came to the scaling of costs, China had reached a maximum and would need to see a reduction, especially for logistics.

A second key point, he said, was that the supply chain should evolve into an “ecosystem” of parts and vehicles, and aftermarket services – noting that a large proportion of total profit could be made after the sale of the car.

Cai Jin argued that, in future, China’s vehicle manufacturers would need “to do more than just make cars” and should provide “a whole process solution” involving the supply of services following the sale of the vehicle. He said this would be a trend for the future and it could potentially culminate in giving vehicles away at no cost, since the new service model would provide car companies with an ongoing revenue stream.