Ford South Africa is to begin using the port in the southern city of Port Elizabeth to export its locally assembled Ranger line, following unexpectedly high demand. This will alleviate pressure on its primary export port, Durban, on the east coast of the country. 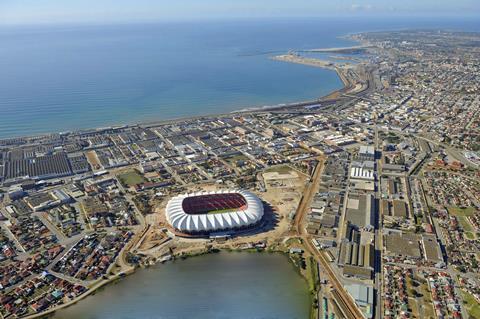 The company has a plant in Pretoria, 600km inland, and uses rail to ship assembled vehicles to Durban Harbour’s ro-ro terminal, which serves as the country’s primary import and export hub for most OEMs, importers and distributors. However, the terminal is reaching capacity and Ford is producing more cars than it can comfortably ship through Durban.

According to Duduzile Nxele, spokesperson for Ford, international demand for the OEM’s Ranger pickup reached a record high in 2018. She notes that the Silverton Assembly Plant, Pretoria, shipped 68,364 units to export markets – a 16.2% increase compared with 2017.

Combined Ranger production for the domestic and export markets for 2018 reached 98,505 units, which was 8,383 more than the previous year. This is the highest annual production volume to date for Ford’s South African operations, with December 2018 reaching a new monthly record of 11,091 Ranger sales to local and export markets.

“We have invested over 3 billion rand [$210m] in preparation for even higher production capacities for the imminent launch of the first-ever Ford Ranger Raptor, along with the new Ranger and Everest models launched this month,” Nxele adds.

Pursuing a multi-port strategy
As a result of the increased demand and production, Ford is pursuing what it calls a ‘multi-port strategy’ to redirect some of its output to Port Elizabeth. The first shipment of 1,000 vehicles is already underway, heading to Europe.

Vehicles will be moved via state-owned logistics company, Transnet Freight Rail. Port Elizabeth itself already has a thriving OEM community, with companies such as General Motors and Volkswagen transporting their vehicles inland via Transnet’s infrastructure. This arrangement allows Transnet to optimise its rail capacity.

“Traditionally, Port Elizabeth-based vehicle manufacturers transport units to Gauteng by rail, and these rail assets return empty,” says Nxele. “Ford will now be using the return leg to move export vehicles from Silverton to Port Elizabeth for shipping to selected markets around the world.”

Rajesh Dana, manager at the port of Port of Elizabeth, says the arrangement with Ford will help the city to progress towards its long-term strategy of becoming a global automotive hub.

“Not only will this project result in increased export volumes through the port of Port Elizabeth, but it will also allow for value-added logistics services within the port,” Dana said. “This will allow us to showcase our world-class automotive industry port services and allow the port to take a step closer in becoming a premier automotive hub for South Africa.”