Russia to set up parts cluster near EU border 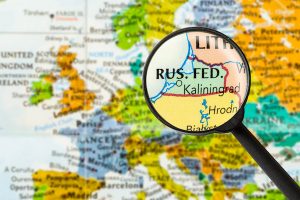 Russia’s Industry and Trade Ministry is planning an automotive components cluster of up to 20 companies in Kaliningrad, the country’s western outpost, which is sandwiched between Poland and Lithuania.

The federal government intends to make available funds to reimburse between 10% and 20% of capital costs for all projects established there but the state aid is limited to 1 billion rubles ($17m) in total.

In addition, the regional authority has said it will provide private investors with several major tax breaks. In particular, tier suppliers will be exempt from the payment of VAT and import duty on capital assets and could benefit from 100% reimbursement of costs associated with import duties. These are the most favourable investment conditions tier suppliers have ever been offered in Russia.

However, Russian newspaper Kommersant reported that most carmakers in Russia believe the project is senseless because it would be too expensive to buy components from that far west given the logistics costs. Kaliningrad is about 800km from the Russian border and companies would have to pay tariff charges on parts moved through Belarus and Lithuania. One industry source told Kommersant that while the incentives were a one-time offer the expensive logistics costs would be there for good.

Logistics costs could be lowered on completion of the ferry-bridge Ust-Luga-Baltiysk ferry bridge, which is now expected in 2021. Components produced in Kaliningrad could then be delivered to mainland Russia by sea, avoiding tariffs for transit through Belarus and Lithuania.

Attracting top tier suppliersKaliningrad’s regional governor Anton Alikhanov wants to tier one parts suppliers, including those suppling BMW, Daimler and Hyundai, to launch their production facilities within the cluster. BMW has already announced plans for a finished vehicle plant in Kaliningrad, while Daimler has nearly completed its own plant in the Moscow region. Both companies could localise certain components within Russian territory. In addition, Hyundai and Kia are making vehicles under contract at the Avtotor plant in Kaliningrad with room for additional localisation.

Vladimir Bespalov, senior analyst of the Russian consulting agency VTB Capital, estimated that a supplier would have to look at establishing a plant with capacity for at least 100,000 units per year to achieve the necessary economies of scale. Bespalov also said that to be included in BMW or Daimler’s global supply schemes those suppliers would have to offer competitive pricing. For Hyundai it would be more feasible to have its tier suppliers located near its main vehicle assembly plant in St Petersburg.