AP Moller-Maersk has signed a deal with Hyundai Heavy Industries to build eight ocean-going container vessels that will be able to run on carbon-neutral methanol and low sulphur fuel. 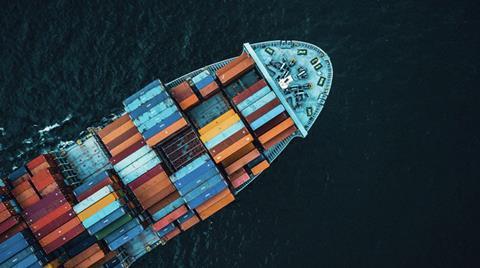 The dual-fuel vessels, which will have a capacity for around 16,000 TEU containers each, will be delivered from the first quarter of 2024. The Danish shipping company said the vessel expenditure is included in the $7 billion planned for 2021-2022.

The contract is one of a number of recent moves Maersk has introduced to make its logistics more sustainable for the future. Others include the launch of a bio-methanol sourcing agreement in Europe, and it has also invested in US-based sustainable fuel start-up WasteFuel.

Climate challenge
Maersk said the methanol-powered vessels would replace older vessels in its fleet and save annual CO2 emissions of around 1m tonnes. The company added it would operate the vessels on carbon-neutral e-methanol or sustainable bio-methanol as soon as possible, subject to the significant production ramp-up required for proper carbon neutral methanol production.

The vessels feature a methanol propulsion technology developed in collaboration with partners including Man ES, Hyundai (Himsen) and Alfa Laval. According to Maersk, they represent a significant scale-up of the technology from the previous size limit of around 2,000 TEU.

“The time to act is now, if we are to solve shipping’s climate challenge,” said Maersk’s CEO, Soren Skou. “This order proves that carbon-neutral solutions are available today across container vessel segments and that Maersk stands committed to the growing number of our customers who look to decarbonise their supply chains.”

Maersk already offers customers the option of opting for biofuel to move their goods by the ocean through its Eco Delivery service.

“We are putting forward products for customers to be able to reduce their carbon footprint now, such as Eco-Delivery, which allows you to buy biofuel for your containers. You can do that now and received a certified and audited report,” said John Andrew Carmichael, global head of automotive vertical at Maersk.

European methanol
The company has signed a partnership agreement for the supply of e-methanol fuel with Reintegrate, a subsidiary of Danish renewable energy company, European Energy. Working closely with Maersk, REintegrate, and European Energy will set up a Danish facility to produce the sustainable fuel. The methanol facility will use renewable energy and biogenic CO2 to produce the e-methanol, and production is expected to start in 2023.

The first vessel is expected to use approximately 10,000 tonnes of carbon-neutral e-methanol annually.

This type of partnership could become a blueprint for how to scale green fuel production through collaboration with partners across the industry ecosystem, and it will provide us with valuable experiences as we are progressing on our journey to decarbonise our customers’ supply chains,” said Henriette Hallberg Thygesen, CEO of fleet and strategic brands at Maersk. “Sourcing the fuels of the future is a significant challenge, and we need to be able to scale production in time.”

WasteFuel partnership
In the US, meanwhile, Maersk has invested in Californian start-up WasteFuel, which is focused on turning waste into sustainable aviation fuel, green bio-methanol and renewable natural gas. Maersk said the investment would enable WasteFuel to develop biorefineries that utilise the most effective technologies available to produce sustainable fuels from unrecoverable waste that would otherwise degrade and release methane and other harmful emissions into the atmosphere.

“We’re proud to have partnered with Maersk to usher in an era of more environmentally conscious sea transport,” said Trevor Neilson, co-founder, chairman and CEO of WasteFuel. “Our goal is for WasteFuel to reduce lifecycle greenhouse gas emissions by 90% compared to fossil fuels.”

As part of the deal, Morten Bo Christiansen, vice-president and head of decarbonisation at Maersk, is joining the board of WasteFuel.

Among other sustainability initiatives recently taken by Maersk, it joined the Low Carbon Charter at the end of August this year, an initiative launched by the Hong Kong Business Environment Council (BEC). The company said that joining the charter would help it work towards setting decarbonisation targets aligned with climate science and the goals of the Paris Agreement.

Maersk’s warehousing and distribution subsidiary, Performance Team, has also recently invested in a fleet of 16 battery electric trucks supplied by Volvo for distribution in southern California. The trucks will be delivered in the fourth quarter of this year.