MAN Energy Solutions has implemented a blend of synthetic natural gas to achieve emission reductions on a containership, which could pave the way for greener fuels to reduce emissions in global shipping. 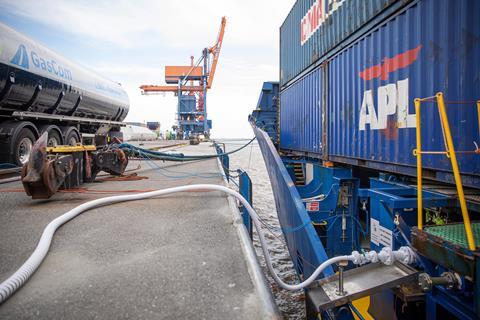 Emissions also dropped 27% by operating on the SNG blend and conventional liquefied natural gas (LNG), compared to LNG alone, according to the company.

The ship is ElbBLUE, the former Wes Amelie, which in 2017 became the world’s first boxship retrofitted with LNG. The vessel is owned by German shipping company Elbdeich and operated by charterer Unifeeder. ElbBLUE, sails the North and Baltic Seas.

Measurements were first carried out on board the ship in September 2021 when the ElbBLUE became the first container ship worldwide to replace a portion of its bunkered gas fuel (around 50%) with SNG.

According to a report from Yale Climate Connections, 3% of global emissions are produced by vessels burning HFO, which is one of the most polluting fuels on earth. Maritime shipping is responsible for 18-30% of all the world’s nitrogen oxide (NOx) pollution and 9% of the global sulphur oxide (SOx) pollution.

Shipping lines for both containers as well as finished vehicles, including UECC, Höegh and ships chartered by Volkswagen Group, have invested in lower emission fuel such as LNG. The use of synthetic gas would go even further.

“With this project, we have proven the technical viability of our concept of the maritime energy transition,” said Dr Uwe Lauber, CEO of MAN Energy Solutions. “Today, more than ever, we are convinced that climate-neutral, synthetic fuels point the way to green shipping – and even further beyond.”

He continued, saying that the “current, global, political situation underscores the future role that synthetic fuels can play in a diversified energy supply in that they point the way toward less dependence on raw material deposits, suppliers and price fluctuations.

“As a result of the military attack on Ukraine in violation of international law, LNG prices, for example, have risen massively in recent weeks and are now at a similar level to SNG. If production capacity can be built up quickly and synthetic fuels made available to the market, SNG could become a climate-friendly and – in the long term – economical alternative to fossil fuels in shipping.”

Gas operation reduces polluting emissions significantly compared to HFO. In the case of the ElbBLUE, NOx declined by almost 87%, while Sox emissions and particulates were almost eliminated (by up to 99%). These rates were achieved in both the exclusive operation on LNG and on a blend of LNG and SNG, according to MAN ES.

Analysis took place during a voyage between Brunsbüttel, Germany and Rotterdam, the Netherlands with SNG comprising approximately 50% of the bunkered gas at 85% engine load.

The ElbBLUE is powered by an MAN 51/60DF four-stroke engine. As a multi-fuel engine, the unit permits operation with either HFO or LNG as fuel. The ship’s test-run proved that the latter can be substituted by SNG without engine modification.

Simon Motter, head of Volkswagen Group Logistics, hailed MAN ES’s use of such synthetic gas as a major milestone on the path to reducing emissions. “The successful implementation of synthetic natural gas in shipping is very good news,” commented Motter. “Synthetic fuels will an important component of fossil-fuel free and more climate-friendly maritime shipping.” 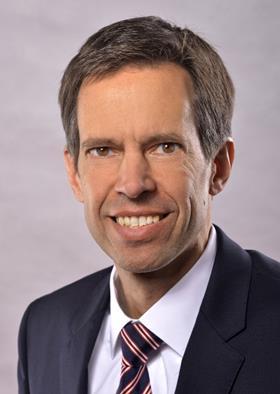 Dr Gunnar Stiesch (left), senior vice-president and head of engineering engines at MAN ES will speak at ALSC Europe in Munich about decarbonising marine shipping.  Learn more about sustainable supply chain strategy, including from leaders at Renault, Audi, Yazaki, Höegh, Maersk and more at the Automotive Logistics and Supply Chain Europe Conference in Munich, May 2-4. Learn more and register to join