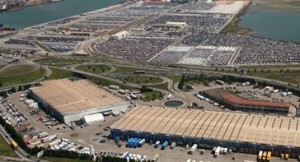 Spain’s Tarragona Port Authority has changed the concession granted to Bergé Marítima at its finished vehicle terminal on Cantàbria quay. The company can now expand the facility by 10,500 sq.m. This extra space will be given over to a centre for vehicle handling.

Carport Bergé is seeking to establish the port as a hub for distribution to North Africa and throughout the Mediterranean. The Bergé group reported handling 13.63% more units in 2013 than in the previous year.

In Tarragona port, Carport Tarragona provides import/export and storage services, while Bergé Automotive Logistics is responsible for warehousing, inspection, pre-inspection and despatch of consignments by road.

At Tarragona Berge also handles vehicles that are domestically produced, so not all the vehicles handled at its facilities in Tarragona actually pass through the port, meaning Bergé’s handling figures are higher than the those for the port.