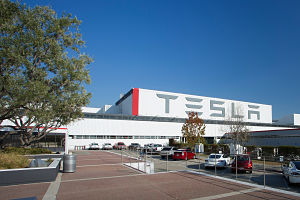 Tesla has cancelled plans announced at the end of last month to close all its showrooms and move to an online-only sales model.

Instead of pursuing its plans, which were supposed to generate savings and help it lower the price of its vehicles, it has now said it will increase the price of its Model S and Model X by 3% and keep at least half of its stores open. Its plan to sell the Model 3 at a new target sales price of $35,000 remains in place, however.

Explaining the move, the company said: “Over the past two weeks, we have been closely evaluating every single Tesla retail location and we have decided to keep significantly more stores open than previously announced, as we continue to evaluate them over the course of several months.”

Tesla said a few stores in “high-visibility locations” that were closed because of low throughput would be reopened, but with fewer staff.

[mpu_ad]“In addition, there are another 20% of locations that are under review and, depending on their effectiveness over the next few months, some will be closed and some will remain open,” it stated.

Tesla originally said the closure of all 276 of its stores globally would help it lower costs and allow it to deliver its Model 3 product at a lower price of $35,000. Along with “other ongoing cost-efficiencies”, it said the move would enable it to lower all vehicle prices by an average of 6%.

Tesla buyers have less than a week before the price rise on the Model S and Model X takes effect.

This is not the first time Tesla has announced sweeping changes to its business model, only to then think again. In August last year, founder Elon Musk said he was thinking of privatising the company – only to withdraw the plan 17 days later in the face of shareholder objections.

A new security filing to the US Securities and Exchange Commission (SEC) shows that Tesla has issued $13.8m in stock to pay for its own car-carriers.

The filing earlier this month fleshes out its 2018 Q4 statement in February that it had invested in its own transport assets to improve delivery and shows Tesla issued almost 50,000 shares at a maximum price of $277.05 per share to buy car transporter equipment from Central Valley Auto Transport, a small car-carrier based in Strathmore, California, that serves the used car sector.

In the SEC filing, the carmaker said that as part of its ongoing logistics strategy to increase its vehicle transport capacity, reduce vehicle transport time and improve the timeliness of deliveries, it had agreed to acquire “certain car-hauling trucks and trailers” from Central Valley Auto Transport.

It is not clear how many trucks and trailers Tesla has bought or why it has chosen to purchase them from a transport company, rather than an equipment-maker or dealer.