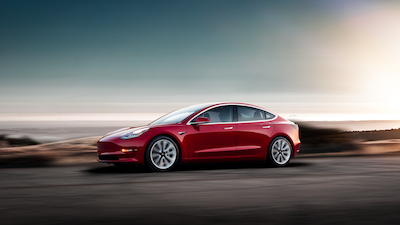 Tesla is reported to have cut the number of staff it uses to deliver its vehicles in North America by nearly two thirds as part of wider second round of layoffs announced by the carmaker in January.

According to Reuters news service, a staff of 230 employed at the company’s Las Vegas delivery facility has been reduced to just 80. Overall, Tesla is cutting 3,000 jobs from a total of 45,000 after what CEO Elon Musk described as “the most challenging [year] in Tesla’s history”.

Reuters quoted two former employees at the Las Vegas facility, who were among those laid off. One said that there were not many cars coming through and not enough deliveries.

However, in its last two quarterly shareholder letters the carmaker reported on the progress it has made on its delivery and logistics systems following what Musk described in September last year as a “delivery logistics hell” that had delayed orders. The solution was twofold. In its Q3 shareholders’ letter Musk said that vehicle delivery and logistics were its main challenges as its delivery system went through a ramp up similar to what its production system went through in the second quarter. Musk said the logistics challenges were easier to solve, however.

“One of the most significant improvements was the expansion of direct deliveries where our employee delivers the car wherever the customer would like,” he said.

That was followed in Q4 with a update, which told shareholders that Tesla had further improved deliveries by purchasing its own car-hauling truck capacity, which gave it more control, while lowering logistics costs.

“In order to reduce vehicle transportation time and improve the timeliness of scheduled deliveries, we have purchased and are continuing to purchase our own car-hauling truck capacity for vehicle shipments,” said the statement in Q4. “This gives us far more control while lowering costs and improving customer satisfaction.”

Musk said that trucking capacity had been gained by buying trucking companies and securing contracts with major haulers to ensure vehicles were delivered in a more timely fashion, though the company would not share further details about these contracts when asked again this week.

Musk also previously said the action had reduced delivery times from 30 to 20 days but the company’s aim was to get a car to a customer in seven days wherever they were, which meant greater localisation of manufacturing.

Tesla would not comment on whether the layoffs were related to a more efficient logistics process or the fact it was simply cutting costs wherever it could.

According to Tesla, its Model 3 deliveries in the third quarter were limited to mid- and higher-priced variants, cash/loan transactions, and North American customers only.

“More than three quarters of Model 3 orders in Q4 came from new customers, rather than reservation holders,” said the carmaker in a statement. “There remain significant opportunities to continue to grow Model 3 sales by expanding to international markets, introducing lower-priced variants and offering leasing.

The company is focusing on international deliveries in Europe and China as of this month (February 2019) and expansion of Model 3 sales to other markets, including a right-hand drive variant, will occur later in 2019, according to the company.

One other factor influencing sales in 2018 was the fact that the federal tax credit of $7,500 given to buyers of electric vehicles was cut in half at the end of last year. It will be cut in half again at the beginning of July this year, which will add $1,875 to a car that is already more than $40,000. The tax credit will disappear altogether at the end of 2019.

Reuters said the 2018 sales push ahead of the tax cut had left Tesla’s reservations list “plucked clean” of North American buyers willing to pay the current price for the vehicle.

“We sold through just about every car we had on the ground and we called almost every being on the planet who had ever expressed desire to own a Tesla to let them know the tax credit was expiring,” said one of the employees quoted by Reuters.

In January, Musk said he recognised that Tesla’s products were “still too expensive for most people” and that it needed higher volume and manufacturing design improvements to achieve the economies of scale required to reduce the sales price of a market entry Model 3 to $35,000 “and still be a viable company”. The carmaker had to make its cars and batteries cost competitive “against massive, entrenched competitors” making fossil fuel powered vehicles.

Starting in May this year, Musk said Tesla needed to deliver the mid-range Model 3 variant to all markets because it needed to reach more customers who could afford to buy it.