Tesla’s ‘gigafactory’ to be built in Nevada 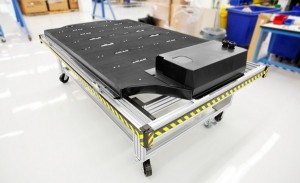 The long-awaited news is out that Tesla’s $5 billion battery ‘gigafactory’ is to be built around Reno, Nevada. The factory, which is a joint venture with Panasonic, will produce Tesla’s lithium-ion battery packs.

Nevada is the eventual winner of a battle that involved Arizona, California, New Mexico, and Texas for the location, although it looked likely that the factory would be built in Nevada from July, after the OEM began to prepare the site. In order to secure the deal, the state is offering a reported $1.25 billion in incentives, including sales tax abatements, transferable tax credits, and electricity rate discounts.

Nevada certainly makes sense, especially from a logistics perspective. The Reno-Sparks area, which will be home to the facility, is only around five hours by truck from Tesla’s Fremont facility in California. Additional to this, there is an airfield in close proximity, and it will be close to the rail route operated by Union Pacific.

Around 6,500 new jobs are expected at the plant directly, and the state has estimated that the gigafactory will bring around 22,000 new jobs to the area. However, this is just an estimate. A battery plant in its nature is more self-contained than a traditional assembly plant, so it looks as though some of the money, and some of the jobs will move outside of Nevada, as Tesla does not really have a supply chain at the location.

Earlier this year, Bloomberg reported that Tesla’s new factory will only use raw materials that have been sourced in North America, rather than looking overseas for minerals such as graphite, and cobalt. This will not only help Tesla to establish a localised supply chain, but also will help to minimise the impact on the environment, reduce the use of conflict minerals, and continue to help reducing battery cost.

The gigafactory – expected to cover 10m square feet – will be covered in solar panels, harness wind power, and use geothermal electricity. The Department of Energy said that the enhanced geothermal system “harnesses the boundless supply of heat found thousands of feet below the earth’s surface,” and generates renewable electricity. With all this, the facility is expected to generate over 100% of the renewable energy it needs, and will sell the excess back to electricity providers.

Karl Brauer, senior analyst at Kelley Blue Book said, “This is a critical step in Elon Musk’s long-term goal of creating a viable, high-volume electric car. The battery pack makes up a sizable portion of any electric car’s total price, but if Tesla can reduce the cost of this component with its own factory it has a real shot at producing a $30,000 electric car with a 200-plus mile range. Nevada has a lot to offer as Tesla's “gigafactory” location. The state is very business friendly, it’s relatively close to Tesla’s assembly plant in Fremont, California, and Nevada has an extremely sunny climate, supporting Musk’s desire to incorporate solar energy into the plant’s manufacturing process.”