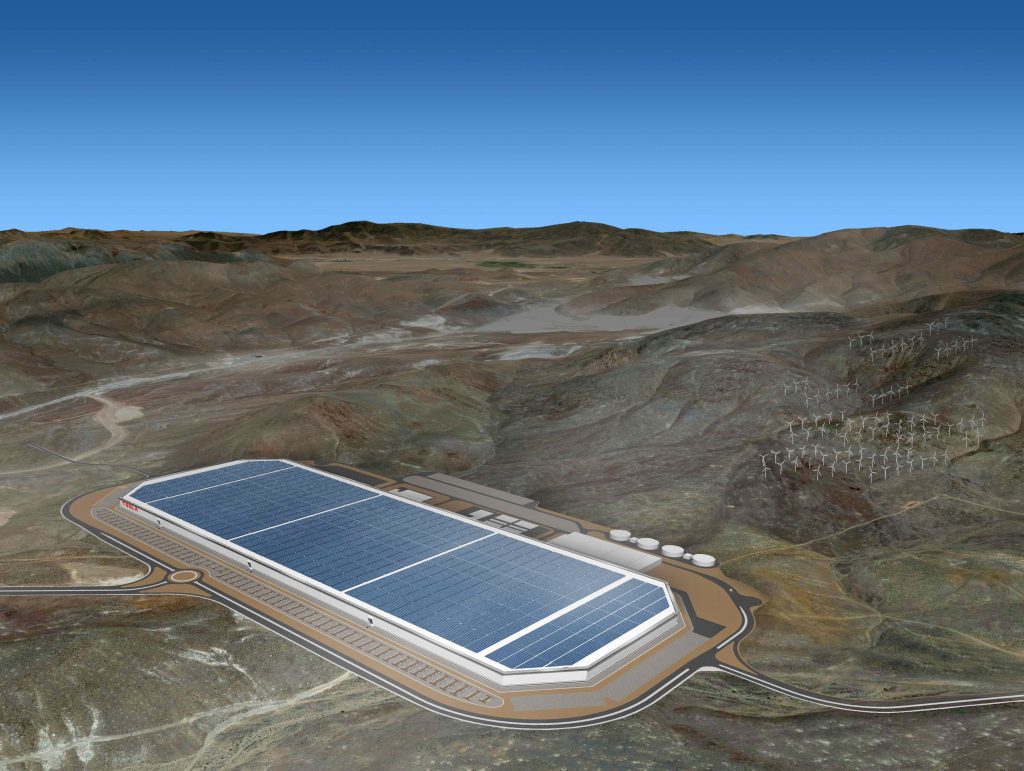 Tesla has captured the car industry’s collective imagination in many ways since its start-up in 2008, including how it builds and sells its electric vehicles.

Besides the novelty of the products themselves, the intrigue is partly down to co-founder Elon Musk, one of the great entrepreneurs of this generation, seen in a range of activities from co-founding PayPal, to his private space travel company, SpaceX.

For those who follow the automotive industry closely, Tesla has also been interesting because its manufacturing decisions (and locations) have often been surprising, if not counter to the logic of mainstream carmakers. Tesla cars were initially built by Lotus in the UK and flown to customers in the US; later it acquired the former NUMMI factory in Fremont, California that GM and Toyota had recently shuttered. The company has since invested billions to build battery packs at a ‘Gigafactory’ in Nevada, which will localise battery production from Asia. Last year, it opened an assembly centre in Tilburg, in the Netherlands for assembly of the Model S from kits shipped from California destined for European customers.

Now, Tesla is set to go through big changes as it strives to turn itself from a loss-making, low-volume carmaker into a profit-making, high-volume one. This is a challenge that may require more than great technology or a charismatic leader to overcome. Tesla may even have to start looking more like other OEMs, including in managing its supply chain and logistics. 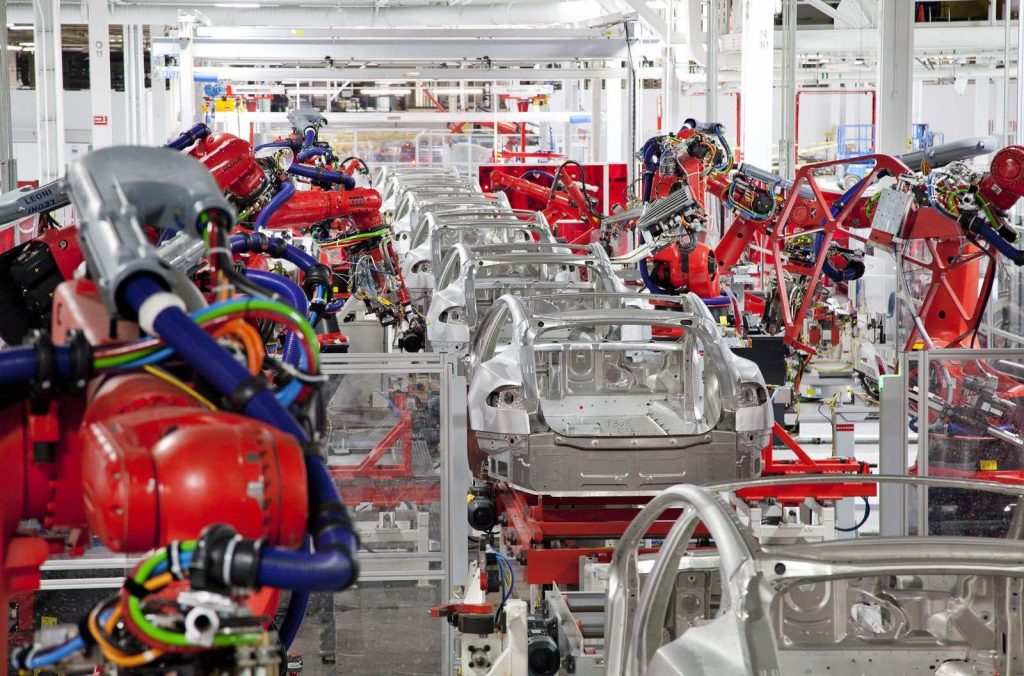 Tesla has been acquiring more space near its Fremont, California factory

Tesla now aims to build 500,000 units annually by 2018 (it built around 55,000 in 2015) and 1m units by 2020. The mass-market, lower-priced Model 3 is expected to drive much of this volume. When the model was finally available to order in April, almost two years after it was first announced, pre-orders (which included a $1,000 refundable deposit) hit the 400,000 mark within a couple of weeks. Musk has said that production of the car will start in 2017 and it will begin hitting US dealers the same year, and elsewhere by 2018.

While all orders may not convert into final sales, Benny Daniel, senior automotive consultant at Frost & Sullivan, thinks that many are consumers who want to be associated with the digital revolution and who, if they can obtain financing, will buy the Model 3 when it becomes available. “My personal opinion is that a high percentage will continue with the order,” he said. “For a car in the $30,000 bracket, you’re getting 250 miles (400km) on a single charge, a performance car and a connected car. And it will still be relevant in three years’ time. That’s important.”

A test for the supply chainQuestions remain, however, about Tesla’s ability to meet such targets, especially following supply chain and production bottlenecks over the past few years.

These aren’t questions Tesla is ready to answer publicly yet – Automotive Logistics hasn’t received response to requests for interviews or comment before going to press – but industry analysts confirm that many supply chain issues must be resolved.

“Tesla is currently producing everything in California and its capacity is around 100,000 units, but that hasn’t been done until now. Just expanding the [Fremont] facility will not be enough,” said Anjan Hemanth Kumar, programme manager for powertrain and electric vehicles at Frost & Sullivan. 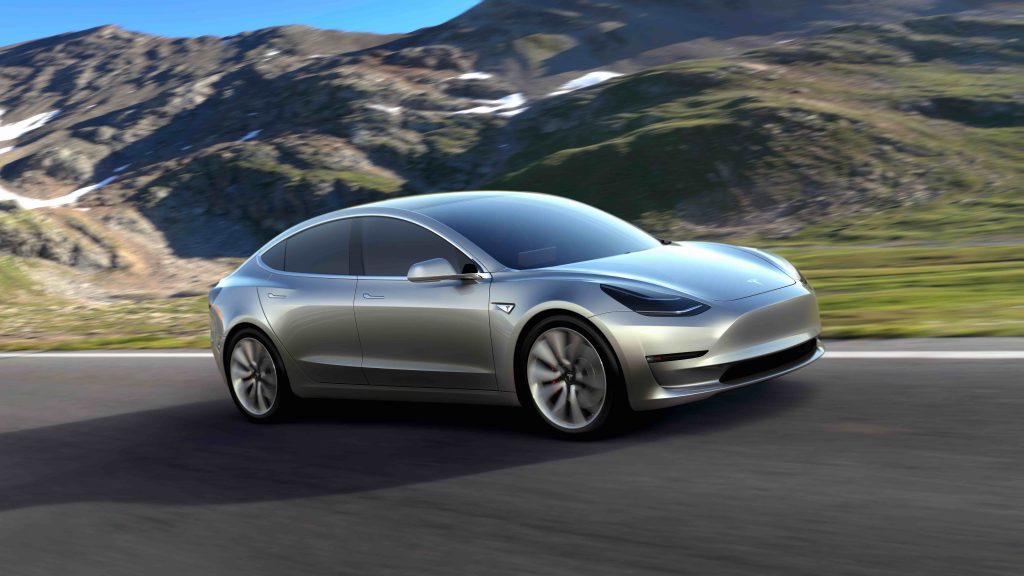 Tesla’s upcoming Model 3 (left) has set the carmaker’s sights on building 1m units by 2020; the Gigafactory in Nevada is expected to reduce battery costs by 30%

While Tesla’s current capacity is limited, the Fremont facility is huge; GM and Toyota built as many as 500,000 units per year there.

“Getting from something like 50,000 to 500,000 units is a big, big step,” said Jack Nerad, executive editorial director and executive market analyst for Kelley Blue Book. “It’s more than a step – it’s a long jump and a leap across a canyon. My sense is that many folks at Tesla don’t fully grasp what that’s going to take because they’ve never been there.”

Nevertheless, Tesla spent around $1.6 billion last year to prepare for the Model 3 launch, including on people, equipment and automation. The company has also been acquiring more land and space in Fremont.

A big gain in Tesla’s supply chain will be the Gigafactory, which is expected to start production later this year. Tesla has partnered with Panasonic at the factory, which Musk has said will reduce battery costs by at least 30%. Ana Nicholls, analyst at the Economist Intelligence Unit, thinks it’s a good strategy. “The main way to drive down manufacturing costs is on the battery pack,” she said. “That’s the most expensive [part] and scale will make that cheaper.”

While all battery manufacturing will be under one roof, Tesla will still have to manage the inbound raw materials – much of which will come from far afield – and all the associated logistics and warehousing operations. According to previous company reports, completed battery units will be shipped by rail to the Fremont plant.

The not-so-silky road to China

Given China’s growth and potential as a luxury vehicle market, it will likely be vital to Tesla’s ambitions.

Tesla has been looking at the feasibility of opening a plant in China, which would help it reduce high import duties and gain local incentives. It would also help deal with long delivery times for vehicles and service parts – especially batteries, which often need to be shipped back to the US for repair, according to sources in China.

Elon Musk first mooted the idea of a China factory in 2015, reconfirming it this year during the StartmeupHK tech forum, where he indicated that Tesla planned to find a location and a local partner by the middle of this year.

However, China’s joint-venture requirement could be an issue for protecting Tesla’s technology. Jack Nerad of Kelley Blue Book suggested this constraint would limit Tesla’s potential in China.

Tesla also faces competition from low-cost, highly subsidised Chinese carmakers building electric vehicles, as well as other cyber security and network issues for its connected vehicles. Speaking at a recent press conference, Musk said: “The obstacle for our cars in mainland China is much greater than it would be anywhere [else] in the world.”

However, Tesla admitted in its first-quarter financial report this year that it has yet to finalise its Model 3 component procurement. Currently the company single-sources most components and tends to work on short-term contracts with suppliers. Expanding production will require new arrangements across its supplier base.

Some think Tesla’s current approach makes sense. “There are many unique features in a Tesla,” said Kumar of Frost & Sullivan. “Every element in the car has been disrupted and it’s a learning process for suppliers and for the industry. These short-term contracts make sense: if a supplier can’t cope and creates a roadblock, Tesla can find another who can take up the work. As Tesla ramps up production, a more standard contract will come through.”

Not everyone agrees. For one thing, Tesla works primarily on a build-to-order basis, which means bottlenecks in parts supply could be a big headache. Improving supplier relations quickly will be critical, according to Jack Nerad. “If I were trying to establish a car company with staying power, I’d want to develop very deep supplier relationships and be able to depend on the supplier to do some of my R&D and just be a partner,” he said. “It’s a different way of operating compared to other car companies.”

Tesla has also tended to keep tight control over aspects of its supply chain, including building certain parts in-house. However, Nicholls thinks this will have to change. “They’ll keep the control with the battery pack and the entertainment system, but I don’t see how they could achieve this scale without trusting partners more than they have,” she said.

Tesla will probably have to operate more like a ‘normal’ OEM as it ramps up production. “They need people with a lot of automotive experience,” added Nerad. “[Automotive] is very capital intensive, global, with massive scale, and the amount of investment needed is significant. It’s different from tech, so I think a lot of expertise is called for.”

There are some signs of this already. The company recently hired a former top Audi manufacturing executive, Peter Hochholdinger, to lead production, after two high-ranking officials left.

More magic to come?Tesla’s management appears to recognise the mountain the company has to climb. In its first quarter financial report, it conceded that it might not be able to meet growth plans unless it bolstered manufacturing capacity and supply chain arrangements. It also said it would need to develop “efficient, automated, low-cost manufacturing capabilities, processes and supply chains necessary to support such volumes”.

Daniel at Frost & Sullivan thinks criticism of Tesla’s approach so far has been a bit harsh and that the company has already proved many critics wrong.

“You have to look at Tesla as a young company. Which OEM, bar maybe McLaren or Porsche, has achieved profitability selling 50,000 cars? This is not what Tesla is after,” he says. “Tesla has disrupted the drive system, trying to make electric vehicles luxury.”

Regardless of its upcoming production and supply chain challenges, the Tesla brand will continue to fascinate many in the automotive industry.

“It’s cool to have a high-tech tycoon running a car company. Tesla is the anti-car company and the antithesis of what car companies are.”

Time will soon tell if that is to be the case for its supply chain as well.