The Port of Mazatlán re-enters the Mexican finished vehicles market 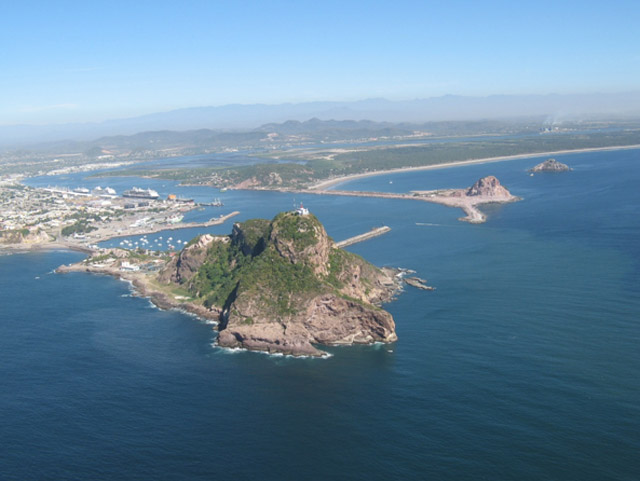 The Mexican port of Mazatlán has resumed finished vehicles handling, after an absence of five years. The first vessel arrived from Japan on October 8th, carrying 900 imported vehicles for distribution by Nissan Mexicana. Once ashore, the vehicles were despatched by rail, using Ferromex, to the Nissan plant at Aguascalientes, from where distribution to dealers took place.

In the first eight months of this year, the Japanese manufacturer exported 255,091 finished vehicles to Mexico and exported 295,110 units from Mexico.

On October 20th, Ford Mexico is also due to undertake a trial involving the handling of 200 export cars at Mazatlán port, with a view to establishing a longer term relationship, according to Alfonso Gil Díaz, managing director of the port authority (API). For its part, Ford imported 42,882 vehicles into Mexico between January and August, and exported 286,549 units in the same period.

Mr Gil Díaz pointed out that Mazatlán was the most obvious port for Ford to use, given its own manufacturing presence in Hermosillo.

“It is more difficult for Nissan, which is in Aguascalientes, and therefore closer to [the port] of Lázaro Cárdenas. However, the tariff has been adjusted to be the same as that charged by Lázaro, making Mazatlán more attractive again,” said Mr Gil, stressing that Mazatlán also offered a particular advantage in that there was no contamination in the air around the port, which he explained was something that vehicle manufacturers valued highly.

In addition, Nissan continues to make use of the ports at Veracruz and Lázaro Cárdenas. “We have other prospects that we are hoping to firm up before the end of the year,” he added. This could herald the use of the port by Chrysler, which could move 3,000 vehicles through the Sinaloa port this year. Toyota, Mazda and General Motors are also rumoured to be in negotiations with the API.

According to Nissan, in the first six months, around 3,000 vehicles a month will be imported into Mexico via Mazatlán. These will pass through Terminal Marítima Mazatlán (TMAZ), which will also be responsible for all subsequent exports. In contrast, prior to 2010, the port of Mazatlán regularly handled 65,000 finished vehicles annually.

In order to handle the latest arrivals, the API has improved the dockside lighting, is committed to making movement easier between various parts of the port, and will also increase capacity.

However, despite the recent emergence of the port of Mazatlán as a conduit for finished vehicles, the port authority at the port of Veracruz has revealed that it handled 524,698 vehicles in the first eight months of this year, compared to the 444,054 cars that it reported in the same period in 2014. This is an increase of 18.2%, or a further 80,844 units.

Of the total number of units handled, 169,485 were imports and 355,213 exported. Veracruz remains Mexico's leading finished vehicles port, accounting for 60% of all import-export traffic.