The pros and cons of short-sea in Mexico

The picture in Mexico is constantly changing. At this year's Automotive Logistics Global conference in Detroit, Roberto Zavala, head of Mexico for Wallenius Wilhelmsen Logistics, said it was a country of contrast, or “two Mexicos”. One is the booming emerging market with huge amounts of investment and development, but the other is filled with challenges, including highly unequal income distribution, corruption and violence. By 2020, Mexico will be producing 4.6m units a year. Although this is a huge opportunity, it also brings challenges with it because of those negative influences on the supply chain. 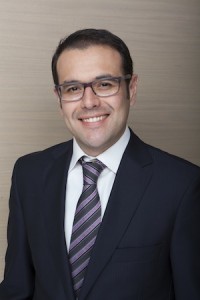 The port of Veracruz currently handles 63% of export traffic, and for the foreseeable future, Veracruz will continue to be the main port. Elsewhere in the country, short-sea volumes are growing as rail supply is not efficient, access to some ports is limited to only one railroad, some ports do not have rail access, and the development of port infrastructure does not match the automotive production boom. Although port expansion is planned, it’s not happening quickly enough, Zavala said, with the second stage of port expansion at Veracruz scheduled between 2019 and 2030.

Looking forward, Zavala said that railways are investing, but shortages will come, and short sea volumes to the US will continue to increase. Off-port distribution centres will emerge, and Pacific ports will be used as an alternative for Europe and Middle Eastern volumes. Truck capacity will be increased as more suppliers enter the market and current providers invest in more trucks. However, uncertainty about port developments need to be cleared out. “How can a country that will produce 4.6m vehicles annually lack specialised automotive terminals?” Zavala asked.

Brian Mason, vice-president planning, analysis and development, Pasha Automotive, explained that as the US plants started to rapidly shift to Mexico, it began to impact the network as the volume of outbound new vehicles from Mexico far exceeded the inbound to the US. This led to a lot of empty trucks and vessels going one way or the other.

Mexican production volumes have grown dramatically, and consequently, managing transport from Mexico has grown more complex. Mason said that short sea opportunities on the west coast are a possible solution, as this would allow OEMs to hold launch inventory much closer to market, with predictable inland transportation to support rapid launches.

As Mexico develops further, routes are changing. “Short sea has seen a significant increase in the past few months. It was a 100% rail as there was no short sea, but suddenly there were a lot of options, and a lot of significant savings, which companies can take advantage of,” Mason said. Some of the benefits of short sea between Mexico and the US include the fact that the west coast has a significant supply of empty railcars to support land, which would provide connections to Mid West markets. Short sea routes to the west coast provide enhanced lead-time predictability, ocean transport has low damage rates, and there is safe, secure storage for inventory. However, as the recent strike action and congestion has highlighted, the route isn’t without its issues.

Zavala said that customs have become a “lug-bearer” as there are so many railcars now going north, but really there aren’t many challenges, and even described the border crossing as “seamless”. “Most providers use customs brokers, and OEMs are working well together,” he said. Mason agreed that on the port side, there aren’t any issues with customs either. While it hasn’t been easy to get the links together, it is working well now. “There’s no difference between Mexico and other countries, and we’re pretty insulated from customs in rail, so I can’t really say whether it’s got better or not,” he said.

One issue that is affecting development however is a good availability of labour. Zavala said, “It is a concern trying to get qualified people in Mexico.” Bill Garrett, president and CEO, Vascor, said that the issue is region specific, with more jobs than there are people in some places, but in others it is relatively stable. “There are pockets. In terms of training we’re looking at people with basic skills. It’s not a hyper-competitive market,” he said.