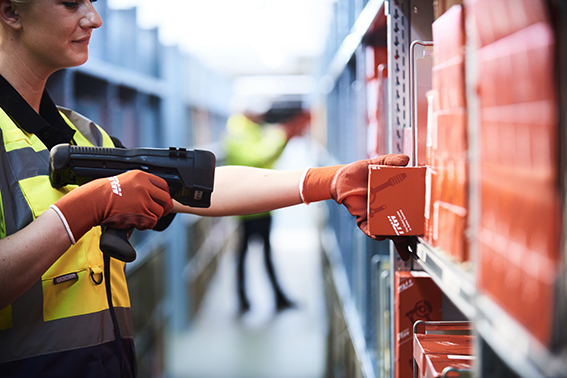 At the tail end of the 20th century, the automotive supply sector was a tough business to be in. The world’s carmakers had long since decided that the sprawling, vertically integrated manufacturing models of the past should be abandoned. Major OEMs spun out their component divisions as separate entities, narrowing their own scope to focus on design, marketing and assembly operations.

The rationale was straightforward. Carmakers should focus their efforts on the things that differentiated their products from those of competitors. Outside a few core technologies, everything else could be bought in by powerful and sophisticated purchasing departments that could squeeze their supply base for every cent.

It was a tumultuous time, compounded a few years later by the global financial crisis, which strained the industry to the limit and drove some suppliers out of business altogether. The list of casualties is long. Delphi and Visteon, born from the component divisions of GM and Ford respectively, both required Chapter 11 bankruptcy protection and underwent extensive restructuring to become smaller, more narrowly focused organisations.

Don’t shed a tierIn 2017, the automotive supply sector is still a tough business, but the players that remain – especially the large ones – have proved that they can survive and thrive in a fast-changing and highly competitive environment. On average, the share price of carmakers has remained flat over the past five years, while that of suppliers has doubled over the same period. According to consultancy Roland Berger, the profit margins of automotive suppliers are at an all-time high of around 7%, on a par with the highest performing vehicle manufacturers and comfortably outperforming many major car brands. 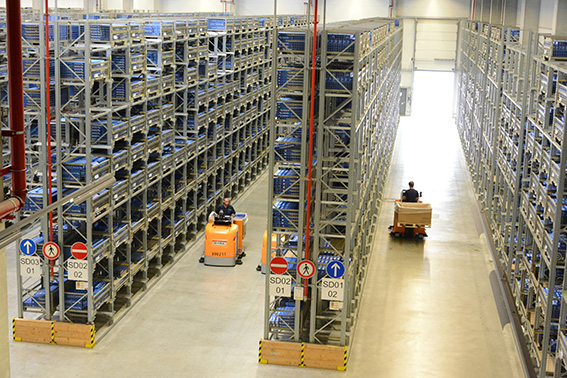 The fortunes of suppliers have, inevitably, been shaped by those of the wider industry. The fall-out from the financial crisis was certainly a major factor, forcing companies to slim down their operations, close loss-making plants and redouble their efforts to strip cost and waste out of their operations. As sales growth returned across the industry, those leaner, fitter organisations saw their profits rise alongside demand.Roland Berger, which monitors the global automotive supplier industry, notes that the biggest suppliers – those with revenues of more than €10 billion ($12 billion) – tend to be the most profitable. The industry knows that only too well, and the most successful companies have pursued aggressive expansion strategies to consolidate and improve their competitive positions.

Over the past decade, a wave of consolidation has seen major suppliers increase their size and geographic scope dramatically. According to consultants at PwC, the automotive supply industry spent almost $250 billion in acquisitions between 2007 and 2016, with around $82 billion of that in 2015 and 2016. Some of those acquisitions were true ‘megadeals’, like ZF’s $12.4 billion acquisition of TRW in 2015, but big suppliers have also snapped up much smaller rivals and start-ups to secure access to critical technologies and capabilities. Earlier this year, Delphi bought over-the-air software specialist Movimento, following its purchase last year of telematics and analytics software provider Control-Tec.

Scale matters as the automotive industry continues its shift from a regional to a truly global industry. Carmakers adopting global product platforms that can be tailored for multiple markets need suppliers that help them achieve the desired economies of scale and can support the establishment of regional production hubs around the world.

Consolidation hasn’t all been about well-established players in mature markets. The explosive growth of demand, and supply, in emerging markets is driving a shift in the global automotive balance of power. In a couple of decades, China has transformed its once tiny automotive industry to become the world’s largest car producer. Encouraged by government support, the country’s manufacturers are eyeing global export markets too, making acquisitions to gain access to new technologies and overseas markets.

It’s what you knowOver the past two decades, technological change has fundamentally altered the way cars work and what they offer to consumers. Those changes apply in almost every area of vehicle design, from powertrain technologies designed to meet demanding emissions and efficiency regulation through automated safety systems and driving aids to a new generation of navigation, infotainment and connectivity features. In the race to keep ahead of the wave of technological change, carmakers have increasingly looked to their suppliers to provide the required components and expertise.

Suppliers capable of providing those critical technologies have enjoyed significant financial rewards. Roland Berger calculates that companies that compete through technology and innovation are two percentage points more profitable than those that focus on the efficient production of simpler products. They are growing faster, too.

If innovation has played a significant role in the fortunes of automotive suppliers recently, it is likely to become decisive in the coming years. Alternative powertrains, autonomous driving capabilities, advanced communications technologies and new mobility services are likely to drive the biggest changes in vehicle design ever seen.

Those shifts create the need for new capabilities, from battery technologies to artificial intelligence algorithms. They also create new opportunities for competitive advantage. Achieving a strong position in, say, the databases and networks that will coordinate fleets of shared, autonomous vehicles could allow a company to lock customers into its product and service offerings – or lock competitors out. 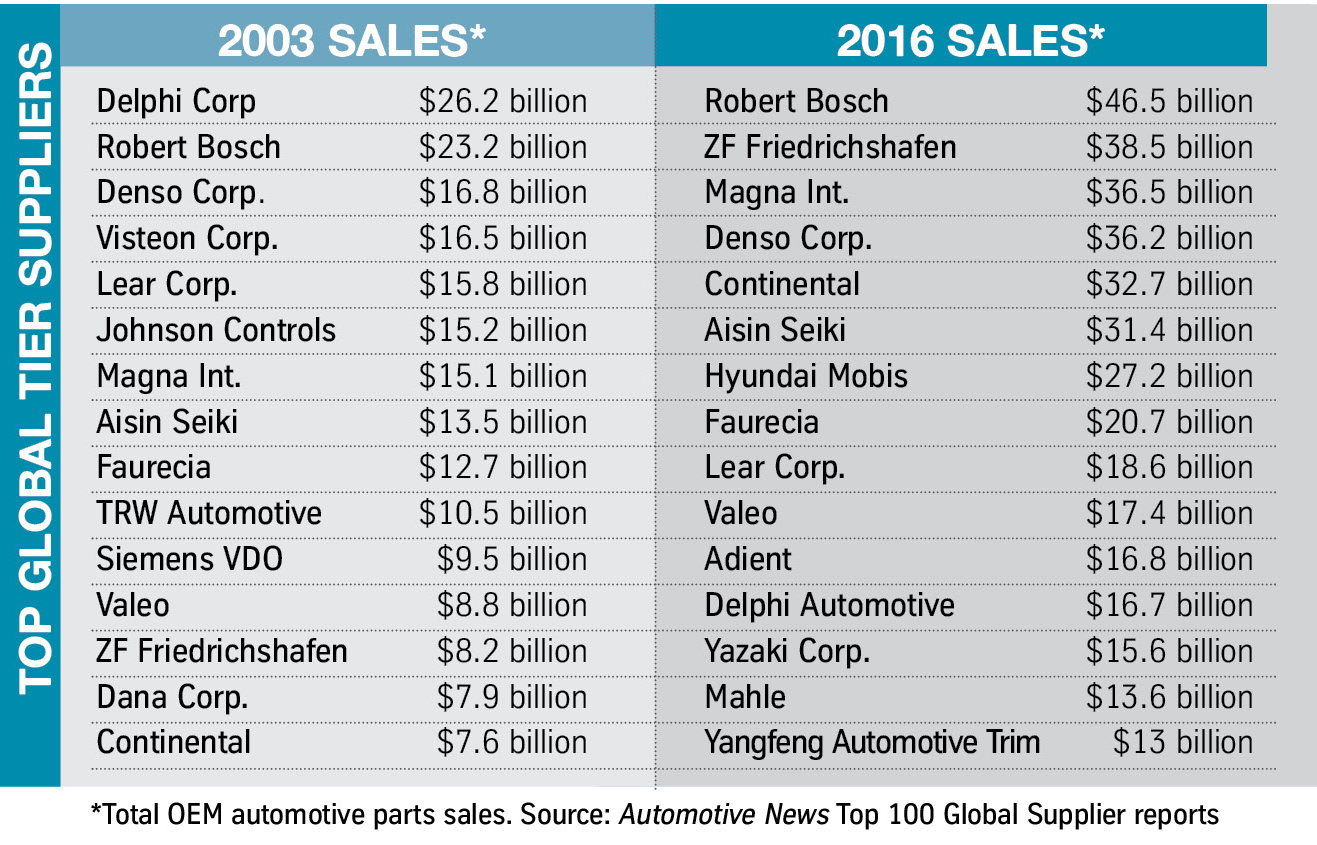 Plenty of companies are vying for these strategically powerful positions, and suppliers, with their broad existing customer bases and deep technical expertise, may be well positioned to capture some of them. They won’t have everything their own way, however. Carmakers can see the coming transfer of value from products to services, and they are wary of letting too much of that value slip through their fingers and into the pockets of suppliers.

And technological changes create threats as well as opportunities for suppliers. Electric vehicles need fewer parts, both in assembly and the aftermarket, compared to their internal combustion engine counterparts. As vehicles evolve, more features are shifting from hardware into software – multi-purpose displays replacing conventional instrument clusters, for example. And the pressure to reduce costs and simplify assembly may encourage engineers to integrate more of those software capabilities into fewer physical modules.

The lines have been drawn, therefore, for a new battle for the biggest slices of the automotive value chain. Competition will be fierce, but automotive suppliers enter the fray in a stronger position then they have been in for a generation.