Toyota is exploring options for integrating remanufactured and recycled parts into its logistics network. 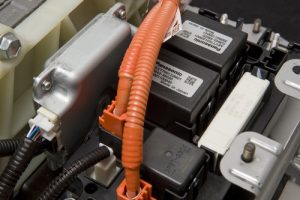 Along with dealer distribution, NAPO is responsible for reverse logistics for the return of packaging modules, as well as collecting dealer part returns. However, with the growth in hybrid vehicles, Neil Swartz and his team are moving towards incorporating the remanufactured parts supply chain into the common logistics network.

The change is driven in particular by the demand for hybrid ‘cores’ in batteries, as well as for parts like automatic transmissions, alternators and starters, as these are recyclable and can be remanufactured. Currently, such parts are sent for remanufacture separately to their suppliers, including in Michigan for transmissions, and to California for alternators and hybrid batteries. NAPO is looking to take this supply chain in-house, and is piloting combining these collections with dealer returns and the use of a 3PL for sortation.

[sam_ad id=6 codes='true']According to Thornton Oxnard, national manager for corporate logistics at Toyota's North American Parts Operations division, in some locations Toyota’s dedicated delivery service carriers are now picking up the cores and returning them to parts distribution centres before they are then moved to the California or Kentucky parts centres. From here, a 3PL moves them on a less-than-truckload basis to a consolidation centre, from which point they could be dispatched back to suppliers in full truckloads and milkruns to Michigan and California.

“What is efficient about this is that we are using existing backhauls,” says Oxnard.“It is important because if Toyota can take control of that supply chain and return them more effectively to tier suppliers for remanufacturing, we can lower the overall cost of vehicle ownership.”