Toyota part 4: Looking for the ‘holy grail’ of predictability 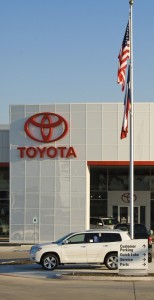 Toyota’s visibility across its parts and distribution centres works to the great benefit of dealers, but the carmaker’s challenge is ultimately to try and distinguish real demand from stock replenishment requests

Toyota’s North American Parts Operations (NAPO)has built inventory visibility across its part centres and distribution centres, thanks partly to an integrated warehouse management system, which is entirely accessible not only to all of its warehouses and management, but also to all Toyota dealers.

The opposite, however, isn’t the case. NAPO’s managers have very limited visibility of the inventory that dealers stock on their shelves and in many cases they are left guessing at a dealer’s order and stocking intentions. However, head of NAPO Neil Swartz and his team are exploring ways of refining data on dealer ordering habits and intentions, while also making bold changes to Toyota’s return policy with the intention of increasing parts availability across all dealers.

Opening up the ‘black box’ for forecasting

Unlike some manufacturers, Toyota does not have a retail inventory management system (RIM) that would track inventory across all its sales and distribution channels, although Swartz admits that the company has considered it. “We have looked at RIM and have been involved with an OEM group that was in various phases of it, but we decided that the complexity, cost and implementation did not appear to have a return on investment for us at this point,” he says.

Toyota has, however, recently upgraded its demand forecasting software, according to Gordon Fogg, responsible nationally for inventory management. The new system replaced a 2001 version that provided forecasts based on several fixed inputs but didn’t allow for changes to coding. “You couldn’t look inside the black box, and you had to trust that it was optimising everything,” says Fogg. “We got pretty good results with that over the years, but we got to a point where there were other things in the market and we wanted to move on.”

The new package allows for more customisation, so that Toyota can tailor its forecasts with more specific factors about its markets and locations. There has already been a significant reduction in forecasting errors and it has helped eliminate the need to review forecasts at the part number and location level.

“We used to review 15,000 forecasts every month,” says Fogg. “Now we don’t have to do that and it has completely changed the way that we work – we can concentrate more on where we need to group things or look at localities.” 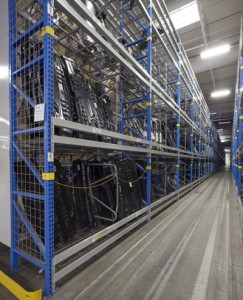 Toyota, nevertheless, still lacks precise data for much of what happens at the dealer level. In particular, it cannot measure how many dealer orders are tied to an actual customer, rather than for dealers’ shelves. That is partly down to the reliability and speed of NAPO’s delivery and order fulfilment. With the great majority of orders shipped overnight, few dealers use urgent order channels.

“Dealers don’t see a need to rush a part that they are confident will come the next day,” says corporate manager Mike Schober. However, it is not clear how many basic replenishment orders have customers waiting in the dealership.

Fogg says the “holy grail” of dealer inventory management is being able to accurately measure dealers’ “off-the-shelf fill rates”. Toyota would like, in particular, to measure and understand how many sales were potentially lost by a part not being available at the dealer immediately but has yet to find an effective tool to do so.

As a step towards better understanding dealer and customer behaviour, NAPO is in the process of revamping its order policy. Soon, dealers will be prompted to send a signal to NAPO across all standard orders indicating whether the parts requested are for a real customer or for stock replenishment. The information won’t impact the standard overnight shipping or same-day service if requested but the data will help Toyota to better understand order flows, particularly for whether a referred part needs to be expedited (or not).

“It will also provide our inventory management group with better information on forecasting real demand because we will be able to see when a customer purchased a part, or if it was a speculative purchase by the dealer,” says Swartz.

Open returns, if you wait a bit longer
[sam_ad id=6 codes='true']
NAPO expects to implement the change this year, around the same time it will also revamp Toyota’s dealer returns programme. Today, as is standard across much of the US industry, dealers earn return allowances each month based on their purchases. However, Toyota has decided to switch to an open returns policy.

“The belief is that if we can open returns for our dealers, with certain guard rails, we will be able to provide a higher level of customer service through better inventory at dealers for immediate fill, and lower obsolescence throughout the supply chain,” says Schober.

While Toyota is still refining the parameters, its plan is to switch from the allowance system to one in which dealers are required to hold parts for a minimum amount of time. For parts ordered for a specific customer, the suggested period under consideration is up to 90 days. That way, if the part is ordered, but the customer doesn’t show up to collect it or decides against the repair, the dealer is not stuck with the part or worried about using its allowance. However, by holding it for longer, Toyota could avoid more of what Swartz calls “boomerang parts”. “We have seen a lot of parts that were ordered by dealers, returned to us, and then reordered within 90 days,” he says. “The amount varied by dealer but it was a sign that they weren’t following good stocking practices.”

What’s more, adds Schober, parts that were ordered, returned, and then reordered tended to be purchased as rush orders. “Whereas if the dealer had held onto that part for just a little bit longer, we could have avoided that,” he says. 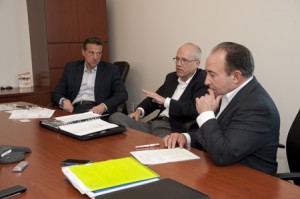 For parts ordered for stock, Toyota is considering a minimum holding period of around nine months. The thinking is again to keep a better mix of stock parts at the dealer to avoid missing sales opportunities. After nine months, it could be that the part is approaching the end of its demand curve and would be better stored centrally for other customers that may need it. The dealer, meanwhile, is not penalised for returning the parts to NAPO.

“We’re hoping that with the open return we can improve dealer ordering practices as well as the customer experience,” says Neil Swartz. “Meanwhile, by getting the parts back sooner that a dealer is unlikely to sell, we have a higher chance of reselling them.”