Canada joins Mexico in trade spat with US over auto content

Canada has joined Mexico in a complaint over how the US has chosen to interpret the automotive rules of origin policy that forms part of the US-Mexico-Canada trade agreement (USMCA), signed in July 2020. 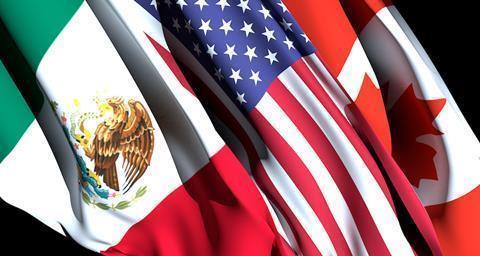 Mexico requested the establishment of an arbitration panel on the issue on January 6 stating that US trade officials were being overly strict in their approach to calculating the regional value content of a vehicle. It said the dispute process would resolve the differences Mexico had with the US and provide greater certainty for the benefit of competition in the region.

Following that, on January 13, Canada’s minister of international trade, export promotion, small business and economic development, Mary Ng, issued a statement in which she said the US interpretation of the rules of origin governing regional value content were inconsistent with what Canada signed up to and “the understanding shared by the parties and stakeholders throughout the negotiations”. No further details were given of the disputed sections of chapter 31 of the agreement, which covers rules of origin for parts but the Canadian government believes the US interpretation of the rules could make it harder for Canadian vehicles and main components such as engines, transmissions and steering wheels to qualify as duty-free.

Flavio Volpe, president of Canada’s Automotive Parts Manufacturers’ Association (APMA) told The Globe and Mail that the US was becoming “increasingly and permanently protectionist”.

To qualify for duty-free trade between the three countries by next year 75% the regional value content of a passenger vehicle or light truck must originate from North America. That is gradually increasing from the 62.5% agreed under the previous Nafta deal over the three years following the signing of USMCA (referred to as Cusma in Canada). For main components, the localised content increases to 70% from 65% over the same period, and for complementary parts the content moves from 60% to 65%. What is more complicated is that there are twice as many categories of parts required for compliance as before.

The USMCA also includes a new labour value content requirement, meaning that to qualify for preferential trading terms, at least 40% of the content value of a passenger vehicle (and 45% for light truck) must be made in North American factories where workers make an average of at least $16 per hour.

A dispute settlement panel is expected to issue a report by the summer this year.

Enforcement of the rules began on January 1 last year, giving companies a chance to get their paperwork in order following the signing of the pact in July 2020. The finer details of the deal are still being worked out and there have been informal, trilateral technical discussions since the signing. One of the major obstacles for tier suppliers in the region is a lack of visibility on sourcing guides for current and new vehicle programmes.