Uzbekistan and Kazakhstan could take advantage of the mass exodus of western vehicle makers and components suppliers from Russia, attracting new investments and ramping up production, according to research from Moscow-based thinktank PromRating. 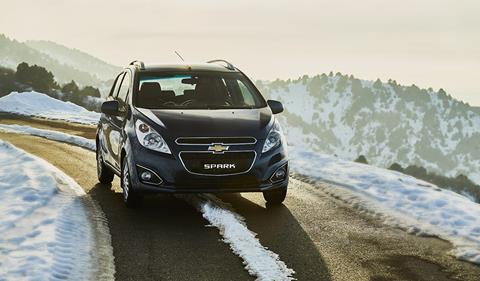 “With some certainty, we can say that during 2022, the car factories in Uzbekistan and Kazakhstan will actively increase finished vehicle production on their conveyors since they are not burdened with international restrictions that companies in Russia and Belarus are currently suffering from,” the PromRating agency said.

“We are witnessing a global scramble for investment capital. Every second, out of almost 1,400 large foreign companies suspended their activities or completely left the Russian market,” said Tokayev. “This will give us good opportunities to increase the production of medium and high value-added goods.”

PromRating also pointed out that in the current situation, UzAvto is rushing to expand production to fill the gaps in the CIS market.

“The well-thought investment policy of UzAuto Motors is genuinely respected,” said the analyst. The company has invested $620m in the finished vehicle production on the latest GM GEM platform at its facilities. Mass commercial production of Chevrolet Tracker crossover started in July 2022 at the Asaka plant, and at the beginning of 2023, it will be accompanied by the Chevrolet Onix sedan.”

No export to Russia
On the other hand, it remains unclear whether central Asia is exporting automotive production to the Russian market. In April of 2022, UzAvto suspended sales on the Russian market. In July, local dealerships reported that the carmaker was not planning to resume deliveries to Russia. Uzbekistan was previously exporting budget Chevrolet models: Nexia, Spark and Cobalt.

Over the past few months, Russian officials named Uzbekistan and Kazakhstan as the main transit routes for parallel imports – a tool approved by the Russian government in May to return western car makes that have gone missing from the market since companies withdrew from the country following the invasion of Ukraine.

However, there are mounting pieces of evidence that the central Asian states will not help Russia circumvent sanctions.

The Uzbek authorities have confirmed that they want to comply with sanctions against Russia and do not intend to become a country to bypass them, said US Ambassador to Tashkent Daniel Rosenblum, adding that the authorities held consultations with the US about the sanctions regime.