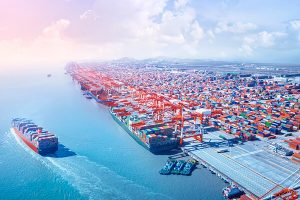 US president Donald Trump tweeted late on Sunday (February 24) that he would be delaying the planned increase in tariffs on imports from China, including automotive goods, which were scheduled to rise from 10% to 25% on Friday (March 1).

Trump said there had been “substantial progress” in what were “very productive” US trade talks with China and that if progress continued, he would set up a summit with China’s president, Xi Jinping, at the Mar-a-Lago resort in Florida to conclude them.

Last year, the Trump administration said it would impose $200 billion worth of tariffs on 5,745 items imported from China, including a wide range of automotive parts. It was part of an escalating trade war between the US and China, which had already seen US tariff charges of 25% imposed on Chinese imports worth $34bn, in addition to aluminium and steel tariffs of 10% and 25% respectively, applied globally. The tariffs on aluminium and steel remain in place and are significant for the automotive industry. The increase in the price of US steel was noted by Ford in October.

The US decision to drastically widen the number of Chinese imports to be levied was aimed at changing China’s practices relating to technology transfer, intellectual property (IP) and innovation, according to the Trump administration, which claimed China was using joint venture requirements, foreign investment restrictions and administrative review and licencing processes to require or pressure technology transfer from US companies doing business in China.

However, a number of US interest groups suggested that the widespread imposition of prohibitively high tariffs on automotive parts would disproportionately harm US businesses. The Motor and Equipment Manufacturers Association (Mema) said they would increase the costs of a new car or truck and increase the cost of maintaining the hundreds of millions of vehicles currently on the roads in the US.

At a hearing of the US Senate Finance Committee last year, representatives from carmakers, tier suppliers and the dealership sector were among those warning of the enormously disruptive impact of continued import tariffs in the US. According to committee chairman Orrin Hatch, the downstream cost of the steel and aluminium tariffs has added an estimated $400 to a new car; while a 25% tariff on finished vehicles would raise the price of an average imported car by as much as $6,400.

In December last year, China said it would suspend additional duties of 25% on US-made vehicles and automotive parts for three months, starting on January 1 this year, a sign that it was de-escalating the dispute with the US.

The latest move by the Trump indicates that progress on future trade is being made. China originally announced a reduction in tariffs on foreign made cars at the Boao Asian economic forum in April last year. However, following the US’ first wave of tariffs, it responded with 25% import duties targeting $16bn (£12.4bn) worth of US goods.