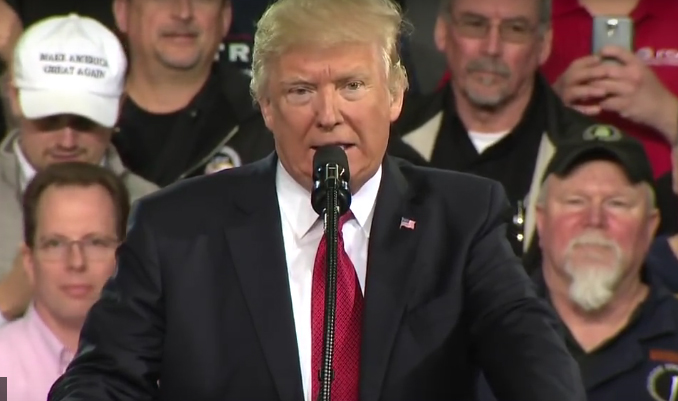 Several months in, the president and the candidate are almost identical. That is because even in office, Trump does not appear willing or able to stop campaigning. Whether at his inauguration speech, policy announcements or official visits, he amplifies campaign rhetoric – even if institutional checks and balances, legal resistance, or technological and economic realities make such promises virtually impossible to keep.

Of course, most democratic governments face policy resistance and rarely take their eyes off the next election cycle. But the automotive industry especially seems central to the administration’s politicking in the far-off 2018 mid-term and 2020 re-election races. That is thanks to workers across swing states like Michigan, Ohio, Pennsylvania and Wisconsin that arguably won Trump the presidency. And while there may be benefit to this attention, whether in fuel or tax regulation, it is causing considerable uncertainty in the wider supply chain and could impede advances in a way that would hurt suppliers and logistics providers, as well as consumers.

The campaign thumping was particularly evident during Trump’s visit in March to the American Center for Mobility (pictured), an upcoming research and testing ground for autonomous vehicles in Willow Run, west of Detroit. The big announcement there was that the Environmental Protection Agency (EPA) would reopen a mid-term review of fuel economy targets next year, a process the Obama administration scrapped before leaving office.

Industry and union bosses at the event praised the decision as a fair reestablishment of a prior agreement, rather than a rejection of current mandates (although many anticipate that Scott Pruitt, the head of the EPA and a climate change sceptic, will be inclined to loosen requirements).

However, Trump used the event mainly to reiterate his loudest campaign themes, including that he would end the “assault on the auto industry”. He harshly criticised Nafta, decried “foreign cheaters”, vowed to punish companies that produce for the US abroad, and promised to urge (if not coerce) firms to buy and hire American. He even quoted president Andrew Jackson in support of tariffs, in case the message wasn’t clear enough.

That these protectionist themes resonate with the workers gathered together for the speech is clear. But whether they are in line with the direction in which the wider sector and market are heading is another question.

Are riveting politics good for business?Despite speaking at an autonomous driving centre, Trump made scant reference to the technology, whether in mobility or alternative propulsion, that is driving so much investment and research in the supply chain, from supplier consolidation to OEM's rethinking how to manage logistics. He instead nostalgically recalled ‘Rosie the Riveter,’ who would have worked at the Willow Run site 75 years ago when it built around one warplane per hour. “We don’t hear that any more, do we? We’ll be back. We’ll be back soon,” he said – presumably referring to industrial output rather than the need to pump fighter jets out at rates justified only by a massive war.

While such political speeches are often as symbolic as they are literal, there is a danger when optics and rhetoric drift so far from reality. When Trump calls for “industrial might” to return to the Willow Run site, Detroit and America, he ignores both the current reality and potential of US industry within the global supply chain.

For one thing, Michigan, Ohio and other states have plenty of factories producing as much as one car per minute, with the country’s output at an all-time high. During a roundtable discussion with automotive leaders prior to the speech, executives, senators and state officials proudly cited expansion, investment and job creation over the past five years, hardly giving the impression of an industry under siege.

Nevertheless, tens of thousands of automotive jobs have left the Midwest in the past 20-30 years, including at Willow Run, which was most recently a GM factory until it closed in 2010. However, the degree to which closures here were the result of Nafta and free trade with other countries, as opposed to automation and new technology, the financial crisis, or carmakers’ internal woes over products and costs, is very much open to debate.

Trump is more interested in seeing OEMs pile up factories and production in the US – probably on the back of government incentives or tariffs – than in supply chain investment targeted at advancing product or environmental technology.

Such focus on ‘industrial might’ makes sense for a political candidate, but as president his responsibility needs to go deeper. The Willow Run testing ground, for example, is backed by the state of Michigan, its transport department, and a number of development and academic institutions, in a collaboration that benefits the entire automotive sector. The success of such technology also depends as much upon American software expertise as it does international engineering, suppliers and material from regions as diverse as China, Japan, Africa and Europe, making close trade and collaborative links essential.

That the latest incarnation of Willow Run is unlikely to employ tens of thousands of riveters any time soon does not make it any less a part of America’s – or the world’s – mighty industrial landscape.