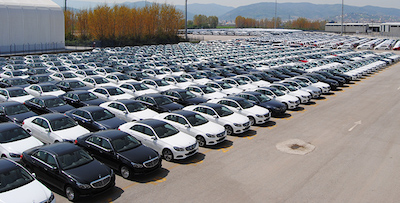 Turkey’s automotive industry had a mixed year in 2018. Sales in its domestic market for passenger vehicles and light commercial vehicles (LCVs) were down by 35%, according to the Automotive Distributors Association (ODD), at 621,000 compared to 956,000 in 2017.

According to Turkey’s Automotive Manufacturers’ Association (OSD), production of passenger cars, light trucks and pick-ups amounted to 1.52m. Overall production, including heavy trucks, buses and tractors, stood at just under 1.6m, a decrease of 9% on 2017.

Haydar Yenigün, chairman of the board of directors of the OSD, noted that export performance was dependent on the market outlook, especially in the EU, to where 85% of exports are shipped. Hypothetically speaking, he said, existing production capacity and the share of the total production serving the domestic market would be the main constraints to increasing export levels in future.

Export market questionsGiven the significant amount of vehicles exported to the UK from Turkey, its fourth largest export market and notable market for Ford Otosan, there are now questions being asked about the possible impact of Brexit on Turkey’s automotive business. The country’s trade with the UK is based on its free trade agreement with the European Union, which came into force at the end of 1995. Once the UK leaves the EU, it will no longer be able to trade on the terms it doesnow and will have to work out a new free trade agreement.

“Brexit is a complicated issue which could impact Turkey in several ways,” said Yenigün.“As to whether we will see a switch of production from UK to Turkey, this remains an OEM specific issue.”

Yenigün also said that the Russian and Iranian markets were important given their size and vicinity to Turkey, together worth around $250m to Turkey in exports of vehicles and parts. However, he said that both markets were largely servied by local production through different policies.

“Accordingly, the vehicle exports remain relatively low to these countries. Generally speaking, there is a growing trend both in CBU [complete built units], and parts and components exports to each market. However, the anticipation of US sanctions could possibly explain why we see a decline in 2018 for Iran.”

[mpu_ad]Rail and port infrastructureMost overseas exports rely on Turkey’s port capacity. The majority of its automotive ports are concentrated in the Marmara region, which is the hub for the country’s automotive manufacturing industry. Yenigün said there was sufficient capacity at present to handle an increase in exports, though some infrastructure problems needed to be addressed.

“While the volume of exports from some Turkish ports has increased in recent years, Turkey is still lagging behind its European and regional competitors,” said Yenigün. “Although there are enough ports, infrastructure problems and their geographical locations, can mean that capacity utilisation remains relatively low.

Yenigün pointed to single access/exit gates as a major bugbear, since all operations are forced to pass through this bottleneck, with no alternative channels available for finished vehicles.

“This could potentially result in longer waiting times during entrance/exit, and consequently prolong shipment times, as well as resulting in the unnecessary blocking of trucks,” he said.

Some ports also lack both appropriate parking areas and infrastructure for carrying out pre-delivery inspection.

As for rail taking an increased share of the finished vehicles business, Yenigün noted that, while road and maritime transport market share has declined in recent years, they are still the dominant modes for Turkish exports, whereas rail remains under-utilised.

“Insufficient rail connections to ports and manufacturing plants is one of the factors hindering the development of Turkey’s intermodal transport,” he said. “For example, only six of the 15 ports in Marmara region have rail connections. This lack of rail connections definitely results in higher transport times and also higher logistics costs, since most finished vehicle transfer from automotive plants and distribution centres has to be carried out by vehicle carriers, resulting in extra handling and overall extra costs.”

With that in mind Yenigün said better connections between the Asian and European parts of Turkey were needed, whether across bridges or through a Marmara sea tunnel.