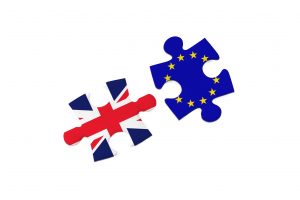 In the puzzle of EU membership, Britain and its supply chain would both lose out heavily by leaving the game

Britain’s referendum on EU membership this June has divided the country. Opinion polls suggest a close contest, with splits across the population straight up to the governing Conservative party.

At first glance, the business community appears less divided. Several of Britain’s largest companies, including banks, insurers and manufacturers, have voiced concerns over ‘Brexit’ – a British exit from the bloc. Surveys from the British Chambers of Commerce (BCC), the Institute of Directors, and the EEF manufacturers’ organisation show members’ preference to remain in the EU at around 60% or above. Some surveys put business support to remain as high as 80-90%.

However, there are fault lines in this support. While surveys show that larger firms overwhelmingly want to stay, small and medium-sized ones are more ambivalent and more liable to see the EU as a source of burdensome regulation. After 36 bosses of firms listed on London's FTSE 100 index signed a letter supporting EU membership, the Daily Telegraph published a letter from 200 smaller businesses supporting 'out'. A more recent list of 250 business leaders supporting Brexit didn't include any FTSE 100 companies.

A partisan furore is also keeping companies on the sidelines of the debate for fear of riling consumers or ministers. Even more may be keeping quiet after John Longworth, the head of the BCC – an association that seeks to take a neutral stance – came under fire and then resigned after advocating Brexit (he is now chairing a business council on behalf of the 'Vote Leave' campaign). Bank of America has reportedly banned its staff from using the word 'Brexit' so as to avoid the appearance of taking a side either way.

Automotive executives have had more to say on the topic, however, and are strongly united in their preference to remain. An independent survey of the members of the UK’s Society of Motor Manufacturers and Traders (SMMT) put support of continued membership at 77%. Leaders of many of the country's carmakers supporting a vote to remain, including Nissan, BMW and Toyota. In March, the UK prime minister, David Cameron, made his case to stay in the EU in a speech at a Vauxhall car factory.

Executives want to protect the free movement of products and labour, as well as maintain influence in EU regulations. Last year, more than 57% of British car exports went to the EU, while more than 70% of cars bought in the UK were built in other EU countries. Meanwhile, British car plants source 25-50% of parts and inbound material from Europe.

The ‘leave’ campaign says that UK exporters would be better off outside the EU thanks to lower regulatory costs and new global trade deals. Some logistics firms, such as those focused on the UK domestic market, may also like the idea of shedding regulations on driving hours, truck dimensions and emissions.

At Automotive Logistics, we think the benefits of the EU far outweigh the risks of leaving. An ‘out’ vote would threaten the supply chain, whether from uncertainty before a new settlement, or if it resulted in barriers to free movement. Critically, it is not just investment and material flows that could slow, but the exchange of skills and sharing of knowledge and innovations.

It is true that Brexit needn’t end with new tariffs and trade barriers, and there are precedents for maintaining access to the common market outside the bloc. However, the existing options seem unworkable for the British economy and electorate. If the UK joined the European Economic Area, like Norway, it would keep market access, but Brussels would require it to follow most regulations and retain free movement of labour, the issue at the heart of many anti-EU arguments. A Switzerland-style settlement, which is outside the European Economic Area but also has a high-level of market access, not only also requires free movement, but excludes a range of services from the common market, including in the financial sector, which are important to British banks and businesses.

A looser arrangement with only some market access, as the EU has with Turkey or Canada, could reduce or eliminate automotive tariffs. However, the UK would lose its influence on setting vehicle standards for its most important market. Plus, any deal that did not include market access for services, like the financial, insurance, legal and consulting sectors, would harm the rest of the British economy – including service companies to the supply chain.

Take Jaguar Land Rover as a prime example. The carmaker relies heavily on a supply chain with many parts sourced from central Europe, which it moves across the continent in a virtually seamless logistics network managed by DHL Supply Chain. While JLR has made clear efforts to increase UK sourcing, including opening and expanding a new engine plant, there is little question that it is moving even more towards a closely linked European supply chain, rather than away from it. The carmaker has already announced that it will build a model at the Magna Steyr contract manufacturing plant in Graz, Austria. It has also signed a letter of intent to build a new 300,000 unit plant in Nitra, Slovakia by 2018. These expanded operations will depend even more on exchanges of material, parts, finished vehicles, technology, engineering and labour between the UK and other European countries. Logistics services are also central to these strategies, whether in physically moving freight, coordinating and designing supply routes, or in holding inventory without tax, duty or non-tariff barriers.

There is no denying that Brussels has been clumsy in areas of regulation, from emissions testing to truck dimensions and rules, but the EU is the world’s most successful example of an integrated, international logistics network. The open labour market has been as vital to this dynamism as transport. The automotive and the logistics sector’s employees, from managers and engineers to warehouse workers and drivers, are nearly as international as the products they handle and ship. A limit to free movement could exacerbate labour and skills shortages on either side of the Channel, but for Britain in particular, which already suffers from a productivity gap.

Not so far apartOf course, the plebiscite won’t be decided over wonkish trade and tariff policies. It is probably also unlikely to be swayed by the needs of large businesses. Many voters are more worried about immigration, jobs, public services and security, while they mistrust politicians and elites. They are unimpressed when industrialists or bankers tell them leaving the EU is risky. Considering the continent’s recent problems, like the euro-zone crisis, terrorist attacks, or the rise in refugees and migrants, many see the EU as the risk.

However, working together with other countries makes Britain and the EU stronger, whether in confronting a humanitarian crisis, reducing emissions or maintaining both growth and social standards. The EU still needs reform, not least in being more transparent and flexible, something the UK can and does influence, as it has for liberalising the common market for services – an area in which it has more work to do.

The UK automotive industry is more comfortable being ‘European’ than most British businesses or citizens may be, not least because of its ownership, supply and market links to the continent. This is evident in tracing supply chains for vehicles and engines based on tier supplier, design and engineering locations. It is also evident from the Germans and Spanish working closely beside the British in UK headquarters, as well as British engineers and logistics experts working across the continent. Nevertheless, Britons tend to see themselves as apart from Europe already, whether because of history, culture, political systems or currency. In many ways, of course, they are right. But the 20 miles of water between Dover and Calais do not form a moat protecting Britain from ‘European’ problems. Rather, as the supply chain shows, Britain and Europe benefit more when the prosperity, skills and values of each flow easily towards one another and mingle together. We hope voters decide not to pull up the drawbridge.