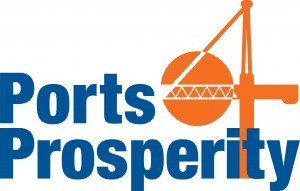 UKMPG represents 41 of the UK’s major parts, and is now calling on the government to support UK industry by working with the ports sector. The manifesto sets out five points: make the EU work for ports, not against them; make better road and rail links to ports a priority; develop a single strategy for ports; create a planning system that backs investment; and help boost skills and safety.

The launch of the manifesto coincides with ongoing industry calls for the government to block or exempt the UK from the proposed EU Port Services Regulation, which is seen as a huge threat to the UK’s ports industry.

The proposed regulation aim to create more transparency and standards around port funding and access to market services, which would also be tied into a funding mechanism that could contribute around €26 biliion between 204-2020 on infrastructure projects and port links. Currently, there is almost no EU ports legislation, compared with other transport modes. The EU wants to review ports policy, focusing on the trans-European Transport Network, which will encompass 329 key seaports along the European coastline that will become part of a unified network, and also improve the public port financing.

The proposed regulation has been controversial among British port operators, however, as it would see each country appoint a ports regulator, with power to intervene over use of infrastructure, and prices for cargo handling.

Earlier this year, the secretary of state for transport, Patrick McLoughlin, gave reassurance to those campaigning against the regulation, after 23 cross-party MPs urged prime minister, David Cameron, to stop the proposed regulation.

A spokesperson for Associated British Ports (ABP), told Automotive Logistics: "The Ports4Prosperity Manifesto is crucially important for ABP and the whole UK ports industry. In particular, the government must block or ensure the UK is exempt from the proposed EU Port Services Regulation. With the Italian presidency rushing to reach a political agreement on 8 October, it is now a race against time to protect the national interest."

Speaking at the recent Labour Party conference, Shadow Minister for Transport, Gordon Marsden MP, said: “We need national and local government to put ports at the heart of intelligent, long-term planning. But even more pressing today is the need for ministers to be robust in Europe and stop new regulations placing unnecessary burdens on our vibrant, competitive ports and jeopardising the working conditions of those employed within them.”