While the UK will lift restrictions of EU-operated trucks during two peak periods each year, the new law does not appear to open the door to a further liberalisation of controversial cabotage restrictions. 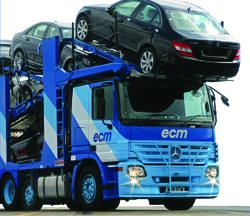 The UK government will relax restrictions on car transporters from other European Union member states operating in the country during its two annual vehicle registration periods in March and September. The revised policy is expected to relieve vehicle logistics capacity shortages during these months by allowing foreign trucks to make unlimited numbers of deliveries, which could lead to the use of 30% fewer imported trucks, according to one major outbound logistics firm.

The exemption will be specific only to trucks carrying complete cars and vans starting from August 25th to September 30th, and next year from February 22nd to March 31st. During these times each year trucks and drivers registered in other EU countries will be able to enter the UK with no restrictions and make an unlimited amount of deliveries.

According to figures from the British motor manufacturer’s association, SMMT, almost a third of vehicle sales occur during the March and September registration periods; during this past March, for example, sales were up nearly 6% to about 395,000 units. Last month, sales were 162,000 units, less than half the March total but still up 12.7% from last year.

The SMMT has forecasted that the UK market will finish the year up 8.4% on 2012 at more than 2.2m units, making it one of the few European markets expected to grow this yea.

While the new law represents a loosening of the controls around trucking ‘cabotage’ – the transport of goods within a country by a vehicle registered in another – it is not currently applicable to other areas of the freight industry or to any other times of the year. Cabotage in the UK and the European Union remains highly restricted, with many British and European logistics firms opposed to further liberalisation, although the European Commission (EC) has previously pledged to eventually end restrictions.

The change in the UK follows an official government consultation as well as more than three years of campaigning, led notably by ECM Vehicle Delivery Services’ chairman Ray MacDowall, the SMMT, the Road Haulage Association (RHA) and the Association for European Vehicle Logistics (ECG).

“We are extremely pleased that government has agreed to relax the cabotage rules ahead of the March and September registration peaks,” said Nigel Base, SMMT commercial vehicle manager. “It will enable the smooth running of these busy periods, maintaining the UK’s current strength in new car sales and helping to boost the economy as registration volume continues to grow.”

MacDowall, the founder of ECM, the UK’s largest privately owned car carrier, called the government’s decision a “victory for common sense”. He said that sourcing sufficient capacity in the UK alone to cope with the registration peaks was just not feasible, particularly since many British carriers have gone out of business in recent years.

However, the change in law was not entirely supported by the British logistics industry, with some fearing that even a limited lifting of restrictions could be used as a precedent for the government and the EU to liberalise cabotage regulations more widely. James Hookham, managing director for policy and communication at the Freight Transport Association (FTA), which represents the UK freight sector, said that the FTA had originally opposed the changed legislation out of fear it could be “the thin edge of the wedge to open up cabotage restrictions completely”.

“While the FTA supports open, liberal markets, the real red line we had was that if you open up the British haulage market to foreign markets, then because of the much higher fuel duty rates in this country, you would seriously undermine the cost base of British operators and decimate the British road haulers market,” he told Automotive Logistics.

Return to business as usual pre-2010

While the change was also welcomed by the ECG, its executive director, Mike Sturgeon, said that it was long overdue, and that the UK could have relaxed cabotage measures under EU law more than three years ago, when the it first adopted new guidelines that turned out to have large impact on the vehicle logistics sector.

The EC revised its regulations on cabotage in 2008 to give more precise guidelines on theoperations of foreign goods vehicles. Under the updated instructions, adopted in the UK and other EU states in May 2010, trucks from one member state were limited to no more than three loaded operations within seven days of a laden arrival in another EU country. This regulation meant that a truck entering a country carrying goods is permitted to make up to three deliveries within a week of having crossed the border. For the truck to continue performing operations in that country, it would have to cross another border and return again carrying cargo.

Sturgeon, whose association represents more than 100 vehicle logistics providers from across 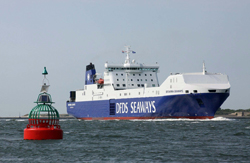 Europe, admitted that for many European providers, these regulations were not necessarily onerous. The seven-day operating period is reset anytime that a truck crosses a border, including but not limited to that of its home country. In most of continental Europe, there is no charge to drive across a land border, especially in the immigration control-free Schengen area. For small countries in Benelux or eastern Europe, trucks can move inland to other countries and onward to others in the space of a day or two.

But for the UK and Ireland, crossing a EU border means shipping by ferry. While common for occasional cabotage operations, during the peak periods the need to move large amounts of subcontracted trucks back and forth by ferry after three deliveries has been costly and inefficient.

“Apart from the totally unnecessary adverse impact on the environment that these empty journeys created, it added a huge cost,” MacDowall told Automotive Logistics.

For decades before the 2010 change, Sturgeon and MacDowall said that it was common practice during peak periods for outbound providers in the UK and the Republic of Ireland to import trucks and drivers from one another, as well as France, Benelux and further afield. Equipment might be subcontracted for up to six weeks, after which time it would return to its home country.

"Apart from the totally unnecessary adverse impact on the environment that these empty journeys created, it added a huge cost" - Ray MacDowall, ECM (VDS)
After the revised laws were adopted in 2010, Sturgeon said the ECG received clarification from the EC that cabotage rules were adaptable in each country. Ireland responded quickly to warnings by the ECG and RHA in 2010 over the impact for the car industry, and the country’s transport ministry relaxed restrictions almost immediately during Ireland’s peak registration period. But in the UK, the Department for Transport deemed that any such change would require official consultations and thus the current ruling took much longer to pass.

The change in law was broadly supported by the UK freight sector, including by lobby groups that are normally strong supporters of cabotage restrictions to protect the road freight sector and maintain safety standards, including the SMMT and RHA. However, the general controversy over cabotage led to some resistance. Along with concerns over the wider precedent that this exemption might set, the FTA’s Hookham expressed concerns that foreign car transporters did not face the same operating standards and licensing regime as British carriers, which he said are stricter and more costly than those of some other EU member states.

The FTA’s concerns also stemmed in part from an EC-led push in recent years to liberalise cabotage policy. Two years ago, the EC vice-president for transport, Sim Kallas, said that he wanted to see cabotage restrictions end by the time he leaves office in 2014, a policy that Hookham called a “very big threat” to the British haulage industry.

Sturgeon admitted that the wider issue of cabotage was a charged one for the ECG as well. While he noted that logistics providers from some member states support a wider loosening on cabotage – particularly those from smaller eastern European countries or those in depressed markets, like Spain, wishing to use idle capacity in stronger markets – companies from other countries, such as Austria, see any further lifting of cabotage restrictions as a threat to their business and social models. 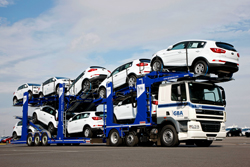 The EC has recently backed down from its earlier stance on cabotage. An official statement this past May from the EC spokesperson for transport, Helen Kearns, said that while current cabotage restrictions “go against the spirit of a European single market”, the fear of possible abuse and lowering of social standards was making the process difficult and that it “must evolve over the long term”.

She pointed instead to a better enforcement of the current rules, and said that a “high level group” was looking into the issue – possibly Euro-speak for burying the issue.

In the UK, meanwhile, most indications have been that this latest change would not be the start of a wider push to liberalise cabotage. Hookham acknowledged that the government’s new guidelines are sufficiently limited to the automotive industry. Although he pointed out that the issue might have been better resolved by changing the registration system to have four or more periods in a year, he told Automotive Logistics that no government was going to stand in the way of the “efficiency and productivity of the ‘star show’ in the economy at the moment,” referring to the strength of the British car industry.

"No one in the government was going to stand in the way of the efficiency and productivity of the star show in the economy" - James Hookham, Freight Transport Association

MacDowall pointed out that the new regulations would actually lead to a decrease in the number of foreign trucks that it uses during the registration periods. He estimated that carriers had needed to use 30% more trucks during the peaks than before 2010 because of the need to ferry back across a border after three operations. While he said that the number of trucks varies widely with the market, he said that this September, with the new rules in place, a company the size of ECM might need around 60 foreign subcontracted transporters for several weeks to cope with the surge in deliveries.

Jonathan Visscher, media manager for the SMMT, said that the organisation would not accept a further loosening of cabotage restrictions in either the automotive or other freight industries. "The relaxation of legislation is for a very specific purpose for a very limited period of time," he said.

MacDowall added that he also was “definitely not” in favour of further relaxing cabotage restrictions, and that the ruling struck the right balance between the needs of the automotive industry and the concerns of the freight sector, including considerations over who would be the main contractors or subcontractors in the contracts held with OEMs.

“Those views were expressed and taken into account by restricting the relaxation to vehicles carrying cars and vans and limiting the periods of relaxation to the critical weeks around the biannual peaks,” he said.