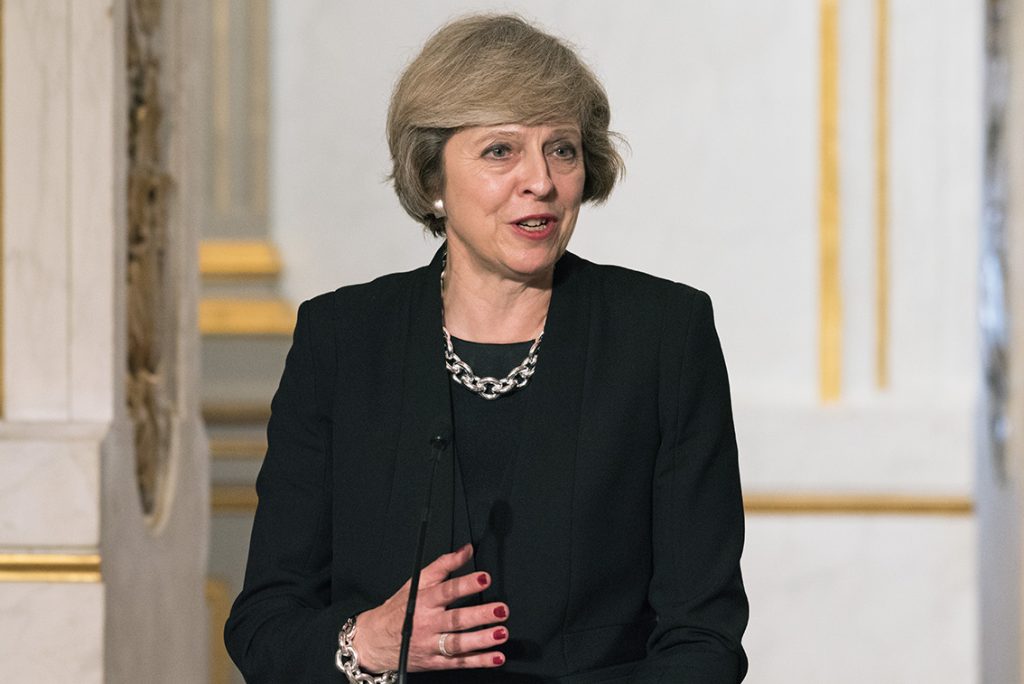 The UK government has laid out a timetable for exiting the European Union, which may come as early as the first quarter of 2019. It has also reaffirmed that it is willing to put control of immigration and regulation over retaining full access to the European single market – a situation that may lead to disruption and increased cost in the automotive supply chain, which is highly integrated between the UK and EU in trade of components and finished vehicles.

The government’s timetable for Brexit has come as the top executives at the country’s largest carmakers, including Jaguar Land Rover and Nissan, warned that new investment in their UK automotive plants could be halted or changed depending upon the timings and outcome of Brexit.

Speaking during the ruling Conservative party’s conference over the weekend, the UK’s prime minister, Theresa May (pictured), said the country would trigger Article 50, the official mechanism for starting exit negotiations with the EU, no later than March 2017. The UK and EU would then have two years to negotiate Britain's exit with the remaining 27 EU members, who must unanimously agree either the terms or any extension of the negotiations. That means that the UK intends to begin the negotiation process of ahead of national elections next year in France in May, and in Germany in September.

May also stated that the UK would reassume control of laws and immigration from Brussels, including through a repeal act upon exit that would transfer EU laws to the UK, from which the government would revise regulations as it saw fit. She offered no details as to what laws it might change or what limits to immigration from the EU the government planned specifically to impose.

May signalled that this repatriation could lead to the UK sacrificing some access to the European single market, which would limit the rights and abilities of companies, including automotive manufacturers, to trade goods and services between the UK and the rest of the EU. Although she said that she wanted to maintain “maximum freedom” for British companies to operate in the single market, and vice versa, she acknowledged that negotiations would require trade-offs.

May dismissed the difference between so-called 'hard’ and ‘soft’ Brexit as “a false dichotomy”, while government spokespeople denied that she was advocating for the UK to leave the single market outright. However, her expressed desire to have full control of immigration and legal oversight from Brussels seems likely to preclude full and unfettered access, which requires the acceptance of the ‘four freedoms’ – free movement of goods, capital, services and people – as well as payment into the EU budget.

EU leaders in Brussels and members states, including EU Commission president Jean-Claude Juncker and German chancellor Angela Merkel, have indicated that there will be no compromise on these four freedoms, and that attempts by the British government to restrict immigration from other EU member states, for example, would limit its access to the single market for goods and services.

May’s announcement prompted some concern in currency markets, with the pound falling from above $1.30 last week to around $1.285 early this week.

Barrier build-upA variety of outcomes could still emerge from the UK’s exit negotiations, including eventual free trade arrangements, none of which has been officially rejected by the UK government. However, May’s hard line on immigration and regulation has made it more likely that trade could revert to World Trade Organisation (WTO) rules. Trading under WTO’s ‘most favoured nation’ status, for example, would mean tariffs on finished vehicles of around 10% and around 4% for components between the UK and EU.

Such trade would also be subject to other barriers, including customs procedures, rules-of-origin requirements and other processes that could add cost and time to the movement of components and vehicles.

While the UK currently has efficient trade in automotive parts and vehicles with many countries outside the EU or the EU customs union (which includes member states plus Turkey), the imposition of such rules for the high volume of material and products exchanged with the EU could have a severe impact on the efficiency of current automotive supply chains. According to a 2014 KPMG study, for example, 20-50% of components for UK-produced vehicles come from elsewhere in the EU. Meanwhile, nearly 60% of the UK’s 1.22m vehicle exports in 2015 went to other parts of the EU, according to the Society of Motor Manufacturers and Traders (SMMT).

These flows depend on a seamless and flexible logistics network with minimal disruption and blockage. JLR, for example, imports production material from Europe by ferry through 19 different European ports that arrive at 22 different UK ports.

John Leech, head of automotive at business advisory group KPMG, told Automotive Logistics that any period of WTO rules would be the “disaster scenario” for the automotive sector, as an increase in both cost and bureaucracy would threaten both existing supply chain models and just-in-time production processes.

The SMMT has warned that the British government should try to protect the competitiveness of the UK automotive sector. Its chief executive, Mike Hawkes, told the BBC that the sector’s success depended on access to the single market.

"Don't be blinded by the good news that you're seeing not just around our sector but around business in general. We're very concerned that the future state of the automotive industry and the success could be jeopardised if we're not in the single market."

On the other hand, Brexit could open the door to more trade with countries outside the EU. By leaving the EU customs union, for example, the UK would be able to establish bilateral free trade agreements separate to the EU, such as with the US, India or Australia, which could eventually benefit global automotive exports or trade in components and technology. However, none of these countries or regions currently represents anything like the volume of parts or vehicle trade for the UK as the rest of Europe does. The UK also may not be able to negotiate such deals until it has officially left the EU and customs union, which could mean agreeing such deals is still years away.

Automotive investment at riskThe timetable for Brexit and the initial terms outlined by the prime minister follow a number of recent warnings issued by OEM chiefs at the Paris motor show last week concerning their investment in the UK. Carlos Ghosn, chief executive of Renault Nissan, reiterated that, without clarity from the government on trade terms, the carmaker would delay or even scrap investment at Nissan’s Sunderland plant in north-east England, including for the next version of its flagship Qashqai crossover SUV.

Ghosn said that Nissan would demand compensation from the British government for any tariffs that may result from Brexit.

“If I need to make an investment in the next few months and I can’t wait until the end of Brexit, then I have to make a deal with the UK government. If there are tax barriers being established on cars, you have to have a commitment for carmakers who export to Europe that there is some kind of compensation.”

Trevor Mann, the company's chief performance officer, also raised doubts about production of the new Nissan Juke in Sunderland. He told Automotive News in Paris last week that making a decision on where to build the Juke for European markets would be difficult until it is clear how the UK and EU will trade together.

"We make all our decisions on merit and added value to shareholders. We make them based on what we know, and right now we don't know," he said.

Nissan exports four-fifths of its near-500,000 vehicle annual production from Sunderland, with most exports bound for the EU. A decision on the latest Qashqai is expected by early 2017. Nissan began production in Sunderland of the latest version of the model in 2014 and it has since added production of the premium Infiniti brand to the plant.

While Sunderland is the mother plant for the Qashqai, Renault now builds the Kadjar, which shares the same platform and many suppliers with the Qashqai, in Palencia, Spain. Moving some or all of Qashqai production to Spain would not be easy or cheap, but could be an option should tariffs and barriers to EU trade from the UK make Sunderland production of the model for European customers too costly.

Jaguar Land Rover, the UK’s largest carmaker, has also warned that Brexit terms could put investment at risk. Ralf Speth, chief executive of the Tata Motors-owned carmaker, said JLR would “realign its thinking” on investment in Britain following Brexit. In the event of WTO rules and tariffs, JLR would be penalised with tariffs for both inbound parts and outbound finished vehicles, he said.

Speth suggested that the company’s long-term strategy for investment had not changed – the carmaker is in the process of investing across its UK assembly and engine plants – but he raised the possibility of rethinking certain strategies post-Brexit.

Reuters quoted Speth as saying there were signs that some customers in mainland Europe, which represents around a fifth of JLR sales globally, may be boycotting British cars following the referendum result.

He also commented that there should be a “level playing field” in response to Nissan’s calls for government compensation in the event of trade tariffs. 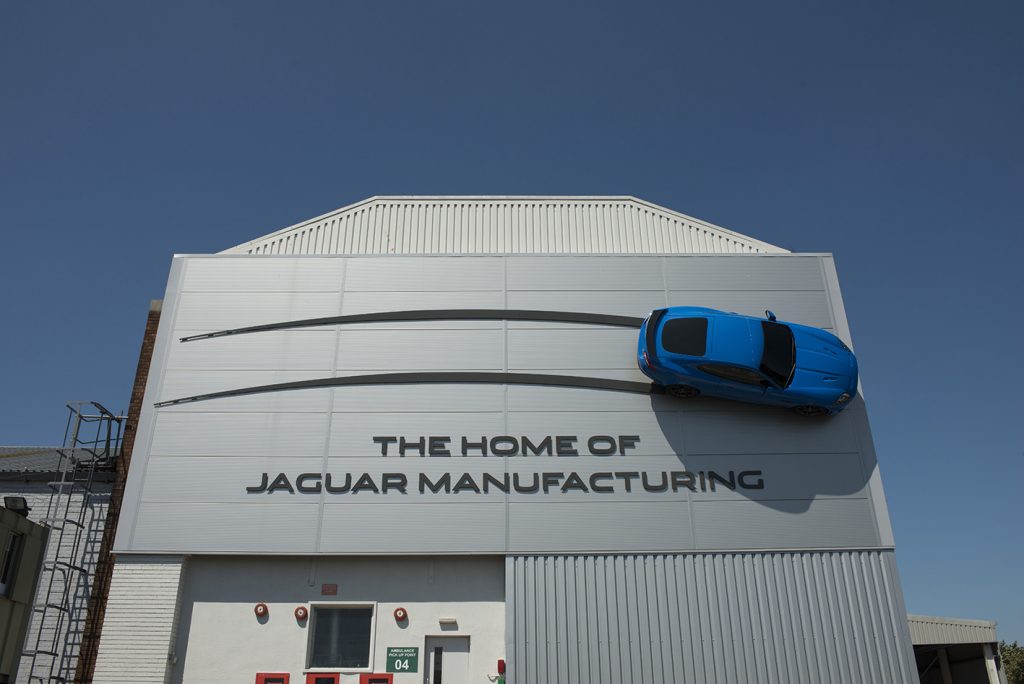 JLR is adding production capacity within the EU; next year, Magna Steyr will start to produce a JLR model in Graz, Austria, while the carmaker is currently building a £1 billion ($1.28 billion), 150,000-unit plant in Nitra, Slovakia that is set to open by 2018. Last year, JLR built 490,000 vehicles in the UK, exporting around 25% of them to mainland Europe.

In an interview with Automotive Logistics last month, JLR’s head of global material planning and logistics, David Dyke, said that it was still “business as usual” for JLR’s supply chain following the Brexit vote, with no plans to divert current investment plans, though he said it was too soon to discuss specific logistics implications.

Other carmakers have also warned of the dangers of imposing trade barriers between the EU and UK. Toyota Europe’s executive vice-president, Didier Leroy, said that tariffs would make it “very, very tough” for its production in the UK. Toyota has an assembly and an engine plant in the country, with 85% of vehicles built in the country destined for mainland Europe.

Earlier this summer, Opel/Vauxhall said that it would reduce output in Germany following the Brexit vote, mainly as a result of the lower exchange rate making imports from the eurozone more expensive for British buyers. In an interview with Finished Vehicle Logistics, Opel/Vauxhall’s director of logistics, Andreas Graffe, said it was too early to judge the impact of Brexit on its supply chain.

Freight flows with Europe and Brexit will be among the topics that will be discussed at the inaugural Automotive Logistics UK conference that will be held on October 5-6th in London. Click here for more details.

This story was updated on October 5th to add information about Nissan Juke production.