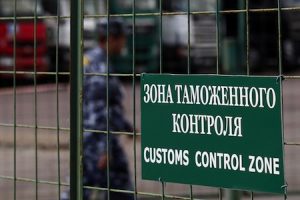 The Ukrainian government has proposed cancelling its intergovernmental agreement with Russia on a free trade of vehicles that eliminates basic customs duties. It is one of a number of developments that have recently hit the automotive industry in the country in the wake of political tensions between the Russia and Ukraine over the annexation of Crimea.

The present trade agreement removes the need for Russian carmakers exporting vehicles and complete knockdown (CKD) kits to Ukraine to pay a 10% basic custom duty. Vehicle importers have criticised the proposal, claiming that it could further hurt the economy and increase social tensions in the country as car prices rise further.

"The new duty is likely to be fully included in the price paid by the final consumer because permanent tax and fees increases have depleted the reserves of importers to keep the price steady,” said Alexei Andreychenko, analyst at investment agency Art Capital. “In this case, the price of cars imported from Russia will grow on average by 8%."

The levy would also affect imports built by foreign OEMs in Russia. Along with popular Russian domestic brands in the low-cost segment, such as Lada, Russia also exports models made there by foreign carmakers, such as the Volkswagen Polo Sedan, Hyundai Accent, Kia Rio, Peugeot 408 and Renault Duster amongst others.

"Imports of the Polo assembled in Kaluga will become unprofitable,” said Sergey Nosenko, a representative of Volkswagen in Ukraine. “We can not rule out the necessity of abandoning supplies of this model from Russia and refocus on supplies from Europe."

A spokesperson for Renault Ukraine also said that the company would consider launching imports of the Duster van to Ukraine from its plant in Romania and either stop or significantly decrease exports from Russia.

Some executives expect that Ukraine will soon sign a free trade zone agreement with the European Union, which would entail a gradual decrease of the custom duty on cars over the next decade.

"After signing the free trade zone agreement with the EU, it will be more profitable to import cars from European plants because the document provides the regime of liberalisation duties,” explained Oleg Nazarenko head of the All-Ukrainian Association of Automobile Importers and Dealers (VAAID). “Annually the duty will be reduced by 1% for 10 years.”

However, there is some confusion over whether Ukraine is actually going to reduce the duties placed on imported vehicles. In January the country’s minister of Economic Development, Igor Prasolov, said that a liberalisation on the duties currently imposed would be implemented in the early part of 2014. Then, in March this year, the country’s parliament appeared to reverse that decision and published a bill that actually proposed an increase in the rate of tax.

For the moment it remains unclear whether Ukraine will go ahead and sign the proposal to introduce the import duties for vehicles made in Russia. The new prime minister, Arseni Yatsenuk, said two weeks ago that such a move would hurt the position of Ukrainian businesses and the issue has not been raised since then.

Meanwhile, if Ukraine does take the step, Russia will respond with similar measures – which could be even more devastating for Ukrainian factories. "We must understand that Russia will immediately cancel the mirror zero duties, but the Russian import duties on imported cars is 25%, not 10%, as in Ukraine,” said Andreychenko.

In that scenario, the import of cars from Russia to Ukraine could fall by 30%, while for Ukrainian producers the Russian market would be completely closed. "Import duties of 25% is an almost impassable barrier in the budget segment, which accounts for almost all Ukraine-produced automobiles," added Andreychenko.