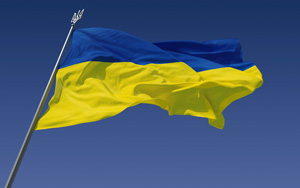 The Ukrainian government may scrap the excessive duties on imported cars that it has levied since April this year within the next couple of months, according to the press service of the country’s Ministry of Foreign Affairs. The duty has been opposed by a number of countries, including Japan, as violating terms of Ukraine's World Trade Organisation membership.

The Ministry’s press service quoted Ukraine’s Deputy Minister of Foreign Affairs, Viktor Maiko, as saying that the high duties should be cancelled if they were to thwart the country’s efforts to establish a Free Trade Agreement with the European Union. "It will be either a partial change or a complete abandonment of these new duties after a while,” said Maiko. “EU officials say that the issue could become problematic in the way of signing of an agreement of a free trade area between Ukraine and the EU. If these actions [cancelation of duties] will help us to keep the partnership and common benefits, we should take them.”

The Ukrainian government introduced a special import duty on cars in April to protect domestic producers. A ‘special duty’ was added to the existing 10% levy on all imported cars. For vehicles with an engine capacity of 1,000-1,500 cubic centimetres the special duty is 6.46%, while for cars with an engine capacity from 1,500-2,200 cubic centimetres it is 12.95%.

In 2012, Ukraine also imposed a ‘recycling fee’ on Russian-made vehicles, which was in retaliation to a similar charge levied by Russia shortly after joining the WTO.

However, rather than stimulating domestic demand, analysts suggest that the duties have contributed to a decline in car sales in Ukraine. Vehicle sales fell sharply in the months since the duty was introduced, including more than 40% in May. First half of the year passenger car sales are down 5% to 104,238, with commercial vehicle sales down 28% to 7,400, according to the Association of Ukrainian Motor Vehicle Manufacturers. The drop is production has been even more precipitous, with vehicle production down more than 50% to 18,240.

Imports had been rising sharply in the Ukrainian market relative to domestic production prior to the introduction of the duties. New car sales in Ukraine were up 14.5% in the full year 2012 to 237,600, while production for the year was down 27% to 76,280.

There has been public outrage against the duties in Ukraine, as well as official complaints from the international community. Japan was scheduled to make an official statement about Ukraine’s introduction of the special duties at a WTO meeting on July 11th. This comes shortly after the EU lodged an official complaint with the WTO about Russia’s recycling fees (read here).

Members of the Verkhovna Rada, Ukraine’s parliament, could end the duties as early as this month, as a special initiative group has already prepared an appropriate request to the government. Officials have said that Ukrainian manufacturers have struggled because of poor quality rather than because of free market access by foreign OEMs.

"The problem of our [automotive] producers is not in the dominance of foreign brands on the market, but in the wrong business management,” commented Viktor Yanukovych, member of the Parliamentary Committee on Transport and Communications. “Anyone who runs our cars realises no duties can save them. [On July 15] it will be three months since these duties have been introduced. And our producers have not shown any positive dynamics.

“We will request that the government reconsiders the decision on these tariffs,” said Yanukovych.

Delays to local investment
However, the sudden change in course by the government could impact the investment plans of carmakers. According to a spokesperson from the Ukrainian data agency, Auto Centre, the government had initially said it would levy the duties for three years, which led some producers to announce plans to increase production in Ukraine to avoid the import tariffs.

"It was planned to create here in Ukraine the production of the latest models of Avtovaz, Great Wall and Lifan,” said the spokesperson. “There was also consideration for production of Opel Astra Classis and Zafira Classic, as well as the Chevrolet Lacetti, and many other brands.”

However, these plans are now uncertain, given both the market’s instability and the potential for lower import duties. "If the government is to cancel the additional duties on imported cars, then the need for setting up of the local production is likely to disappear, either completely or in part,” said the Auto Centre spokesperson.